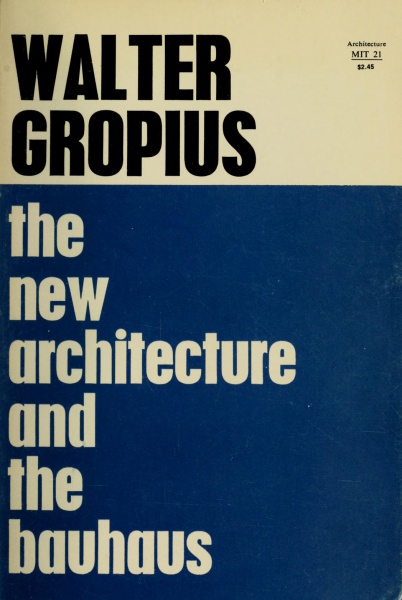 In this short book, first published one year after his emigration to England, Gropius presents the ideas of the Bauhaus, which had been closed and banned in Germany, to an Anglo-Saxon and American audience. The book contributed considerably to Gropius’ rise to a celebrated architect – particularly in the US – and introduced the Bauhaus to America. “When he came to Harvard in 1937, he did refer to the exemplary American building industry, which had no equal, but he also pointed out that he did not want to teach Americans what American architecture should look like, and that he most certainly did not want to introduce a European style. This was exactly what he attempted and finally did, of course, as he believed that architecture had to express the forces of the present time like the members of the Neues Bauen [New Building] with himself at their head had shown in the 1920s.” (Nerdinger). This volume, in which the architect looks back on his work in Weimar and Dessau, reveals the foundations of the self-confidence expressed here.