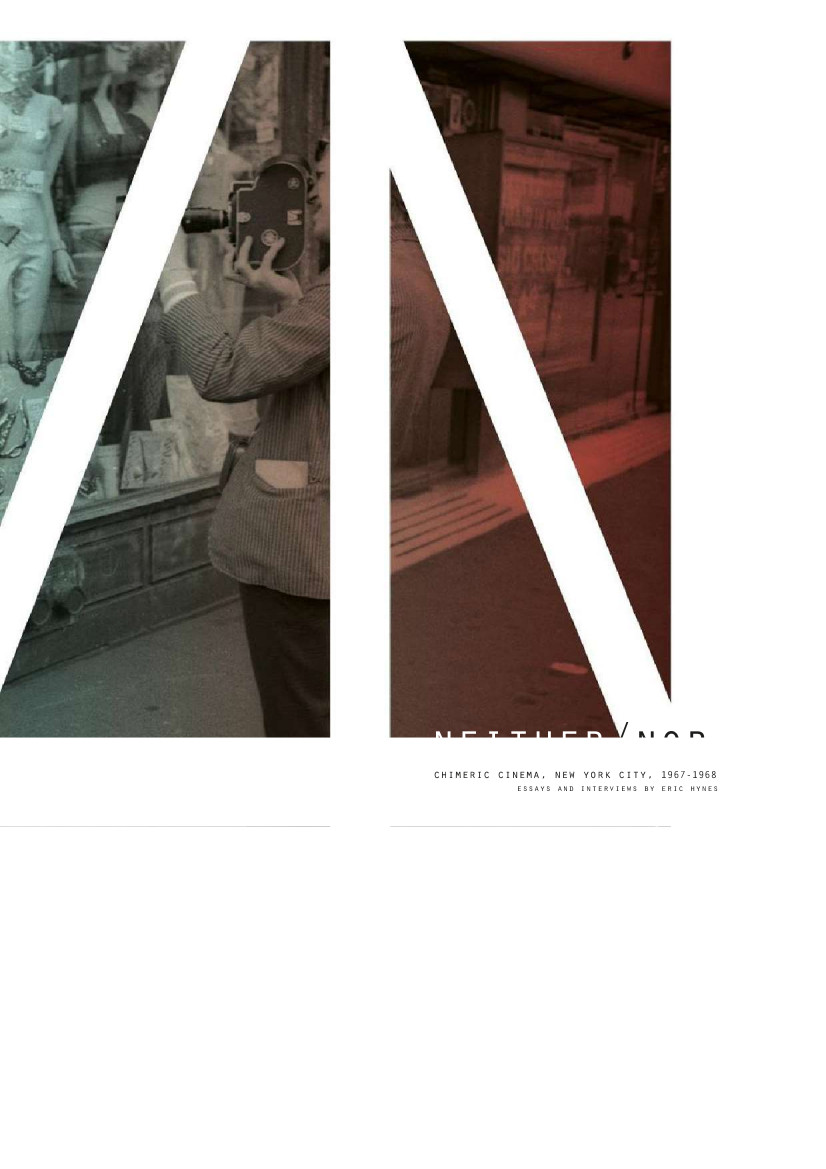 “Chimeras have existed since the advent of film, a form that has always simultaneously offered to record and represent, to capture and simulate life. But as filmmaker Jim McBride says, “Something was in the air” in the mid-to-late 1960s, particularly in New York City, where the likes of McBride, William Greaves, D.A. Pennebaker, as well as transients Peter Whitehead and Jean-Luc Godard, were making gloriously uncategorizable works of cinematic art. It was a moment when everything and everyone seemed to be riding, or even embracing, the edge of things, when films and politics and morality suddenly seemed undefined, up for grabs, subject to reinvention. With the Civil Rights era giving way to Black Power, Kennedy idealism ceding to Johnson’s military morass, Beat Dadaism transforming into hippie agitation, and mod Godard morphing into Mao Godard, it was as if utopia and dystopia were both within reach—if not one and the same.” (from the Introduction)