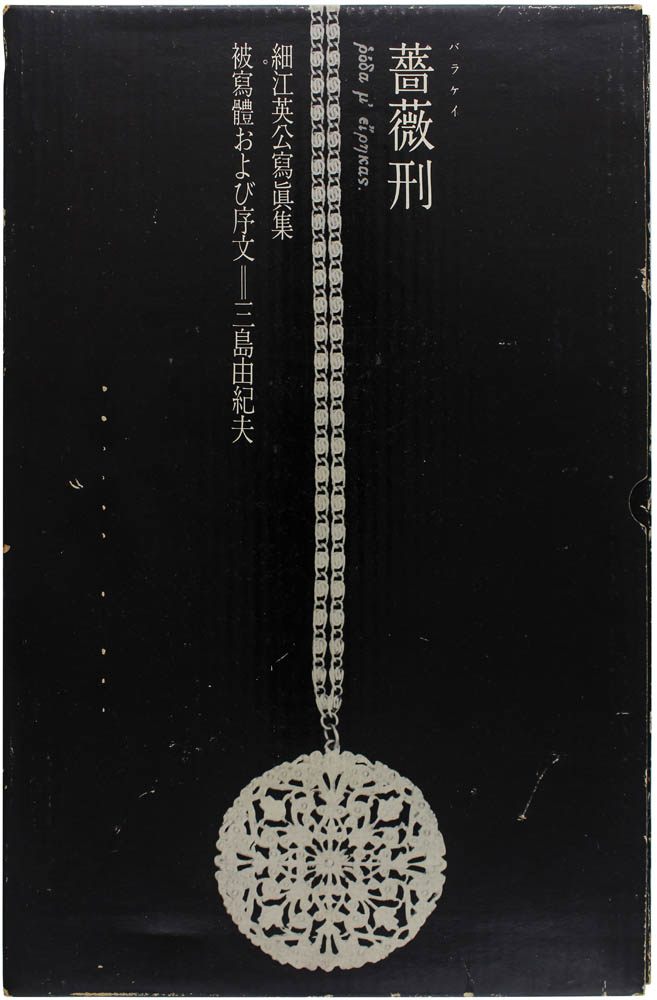 The legendary photobook Barakei — Killed by Roses is a collaboration between photographer Eikoh Hosoe and writer Yukio Mishima. Hosoe used props, personal belongings and backgrounds readily available in Mishima’s house to cast the renowned writer as his subject in a sequence of surreal scenery.

“The photos that make up the body of the book are inky, sometimes high-contrast gravures that bleed right to the edge of the page and often extend across the entire open spread, giving extra impact to images that are already quite arresting. Even if the subject of Hosoe’s photographs weren’t the author Yukio Mishima, the book would be remarkable for its humid mix of eroticism and myth, queer kitsch and high art. But Mishima, Japan’s most celebrated and controversial modern novelist, was also a brilliant provocateur and his presence here turns ‘Killed By Roses’ into a charged collaboration between artists testing one another’s limits. Hosoe’s first meeting with Mishima, in September 1961, was at the writer’s house. That first day, Mishima, already dressed only in a loincloth, ended up wrapped in a garden hose and standing on the marble mosaic zodiac on his lawn. The resulting surreal images are among the book’s most famous; though Hosoe saw them as ‘the destruction of a myth’. Mishima’s ritual suicide in 1970 was seen as his final artistic act.” (Andrew Roth, “The Book of 101 Books”, p 164)