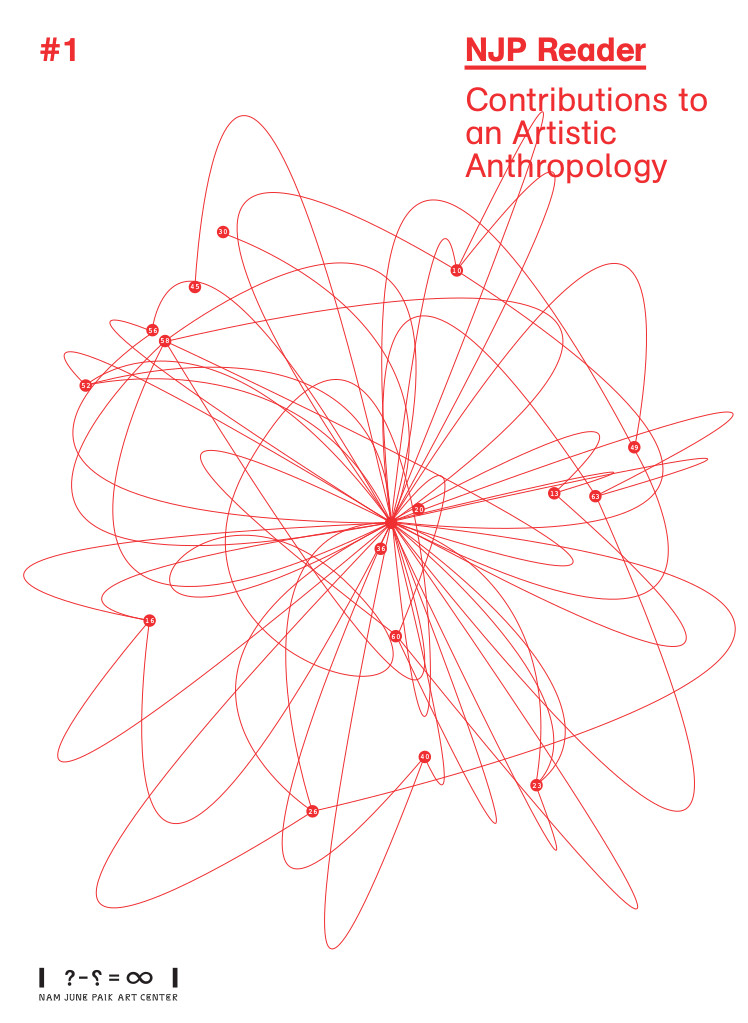 “The Nam June Paik Center is dedicated to the artistic and intellectual legacy of Nam June Paik, the renowned Korean-born artist who transformed visual art worldwide. In addition to its function as an exhibition space, the Nam June Paik Art Center developed a new publication, NJP Reader. The aim of the NJP Reader is to recontextualize Nam June Paik’s artistic thought and his ‘random access’ strategies in a topical discursive practice. Leading questions are: What is the meaning of Nam June Paik’s multi-medial experiments, performances, and sculpture for our current artistic practice and discourse? What new dimensions for re-imagining notions of technology, ubiquity, and human experience do Nam June Paik’s thinking and practice suggest? How does his practice potentiate paradigm shifts in broader understandings of the potentialities and characteristics of alternative processes of participation afforded by the introduction of media technology into artistic practice?

Obviously, Nam June Paik’s work requires a conceptual framework that goes beyond an art historical narrative. Therefore, for Issue #1, NJP Reader conducts an inquiry into the novel concept of artistic anthropology in art discourse as an invitation to produce new conceptual systems. The NJP Reader intends to be an open platform for generating novel ideas, connections and concepts (this intention is also reflected in choosing to use Nam June Paik’s initials for its title, rather than his full name). To this aim, the first edition of the NJP Reader is based on a questionnaire that as many artists and intellectuals as possible were invited to contribute responses to. Through this conceptual inquiry the NJP Reader hopes to help in creating novel lines of thought and conceptual schemes. For the questionnaire three questions were formulated:

2. What could artistic anthropology mean for a current artistic practice? How could it relate to medium-specific qualities? Is it a form of artistic communication defined by a post-medium condition? Or is it a practice that demands the concept of medium-specificity to change?