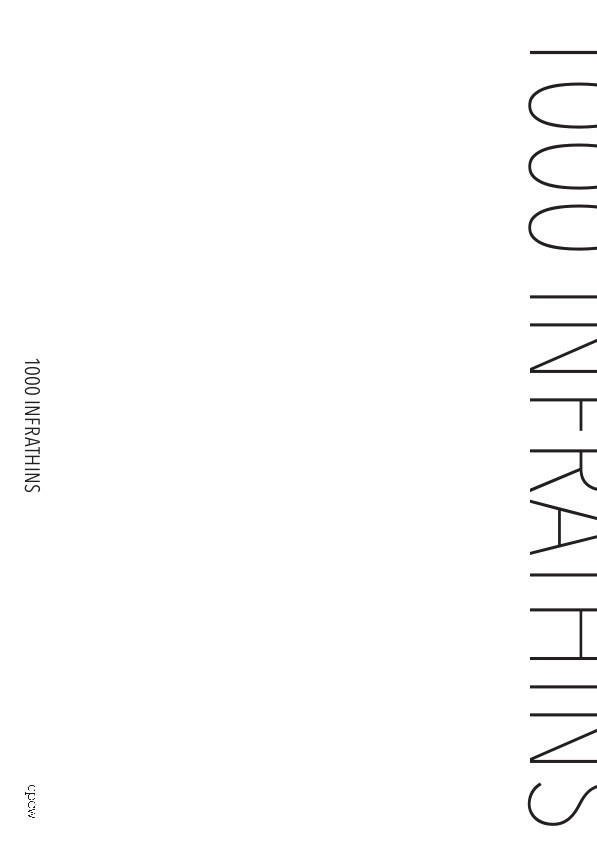 “Marcel Duchamp gave six instances of the infrathin. We wrote 1000 of them.”

“What is infrathin? It’s not really clear. Purposely. The French word inframince (translated into English as infrathin) was coined by Marcel Duchamp, but in typical Duchampian fashion, he claimed that it couldn’t be defined. Instead, he insisted that one could only give examples of it. Over the course of his life, he gave a few:

– The warmth of a seat (which has just/been left) is infra-thin.
– When the tobacco smoke smells also of the mouth which exhales it, the 2 odors marry by the infra-thin.
– Velvet trousers, their whistling sound is an infra-thin separation signaled.

Without getting too specific, we can surmise that infranthin is the space between spaces, the sound between sounds, the sensation between sensations; neither here nor there, this nor that, but both—all at the same time. The closest metaphor is the fourth dimension, which is best illustrated by a cube collapsing in on itself and at the same time expanding. I know. It’s not very helpful. But that’s the whole point—it’s a moving target, a ball of contradictions; just when you think you’ve got it, it’s escaped you.”