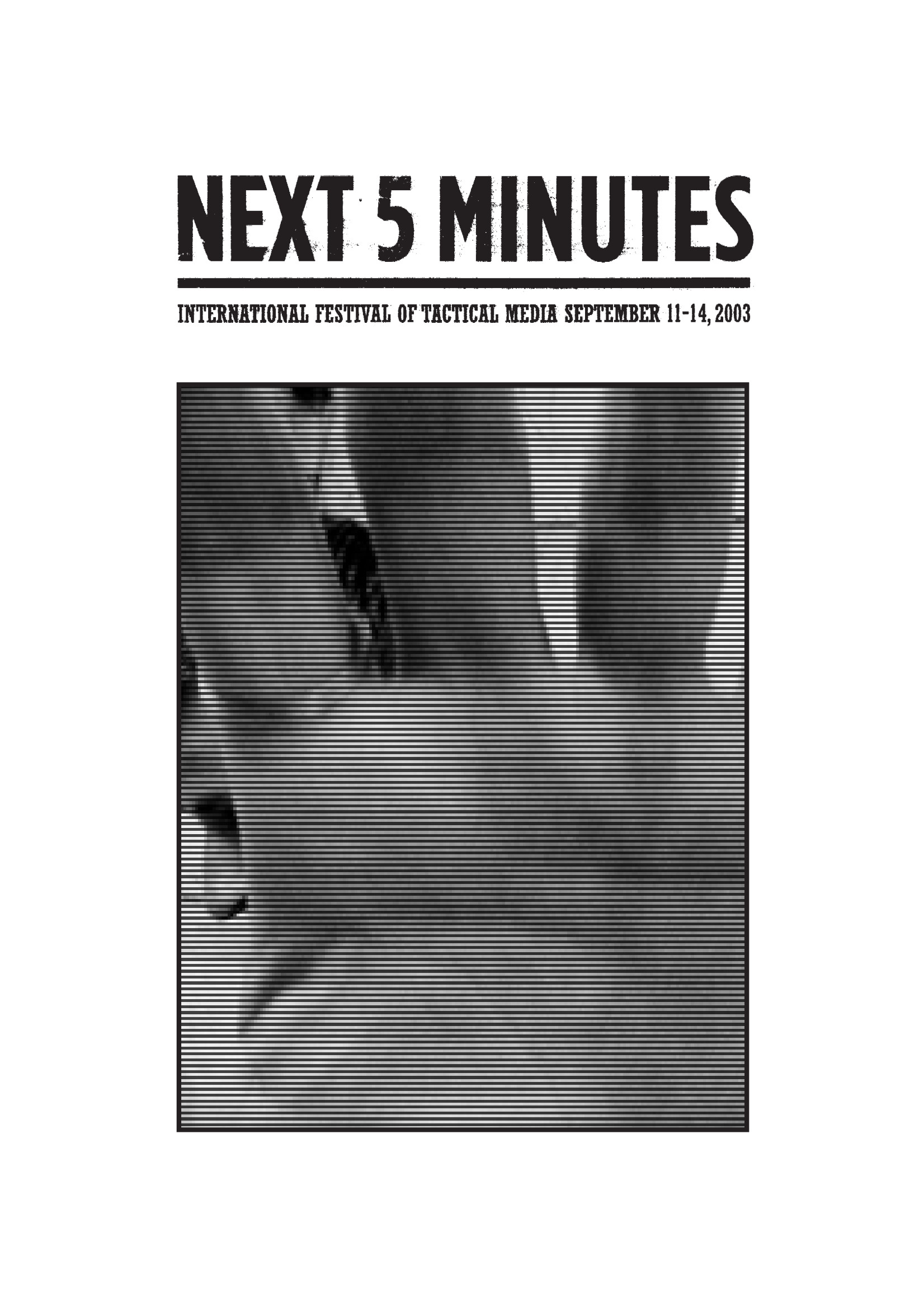 “Next 5 Minutes is a festival that brings together media, art and politics.

Next 5 Minutes revolves around the notion of tactical media, the fusion of art, politics and media. The festival is organised irregularly, when the urgency is felt to bring a new edition of the festival together.

The fourth edition of the Next 5 Minutes festival (September 11-14, 2003) was the result of a collaborative effort of a variety of organisations, initiatives and individuals dispersed world-wide. The program and content of the festival is prepared through a series of Tactical Media Labs (TMLs) organised locally in different cities around the globe. This series of Tactical Media Labs started on September 11, 2002 in Amsterdam and they continued internationally right up to the festival in September. TMLs have been organised in: Amsterdam, Sydney, Cluj, Barcelona, Delhi, New York, Singapore, Birmingham, Nova Scotia, Berlin, Chicago, Portsmouth, Sao Paulo, Moscow, Dubrovnik, and Zanzibar.

‘The Reappearing of the Public’ deals with the elusiveness of the public that tactical media necessarily needs to interface with, and considers new strategies for engaging with or redefining ‘the public’.

‘The Tactics of Appropriation’ questions who is appropriating whom? Corporate, state, or terrorist actors all seem to have become effective media tacticians, is the battle for the screen therefore lost?

‘The Tactical and the Technical’ finally questions the deeply political nature of (media-)technology, and the role that the development of new media tools plays in defining, enabling and constraining its tactical use.”