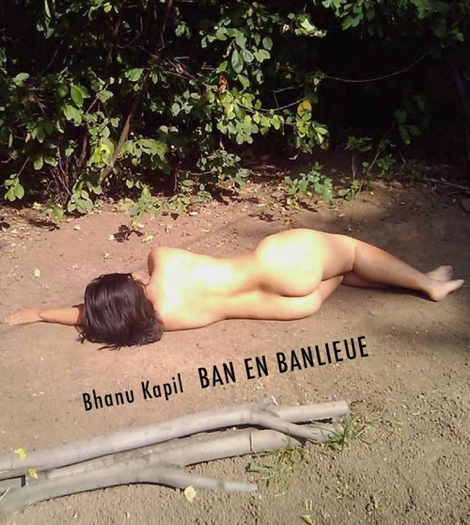 “Bhanu Kapil’s Ban en Banlieue follows a brown (black) girl as she walks home from school in the first moments of a riot. An April night in London, in 1979, is the axis of this startling work of overlapping arcs and varying approaches. By the end of the night, Ban moves into an incarnate and untethered presence, becoming all matter— soot, meat, diesel oil and force—as she loops the city with the energy of global weather. Derived from performances in India, England and throughout the U.S., Ban en Banlieue is written at the limit of somatic and civic aims.”