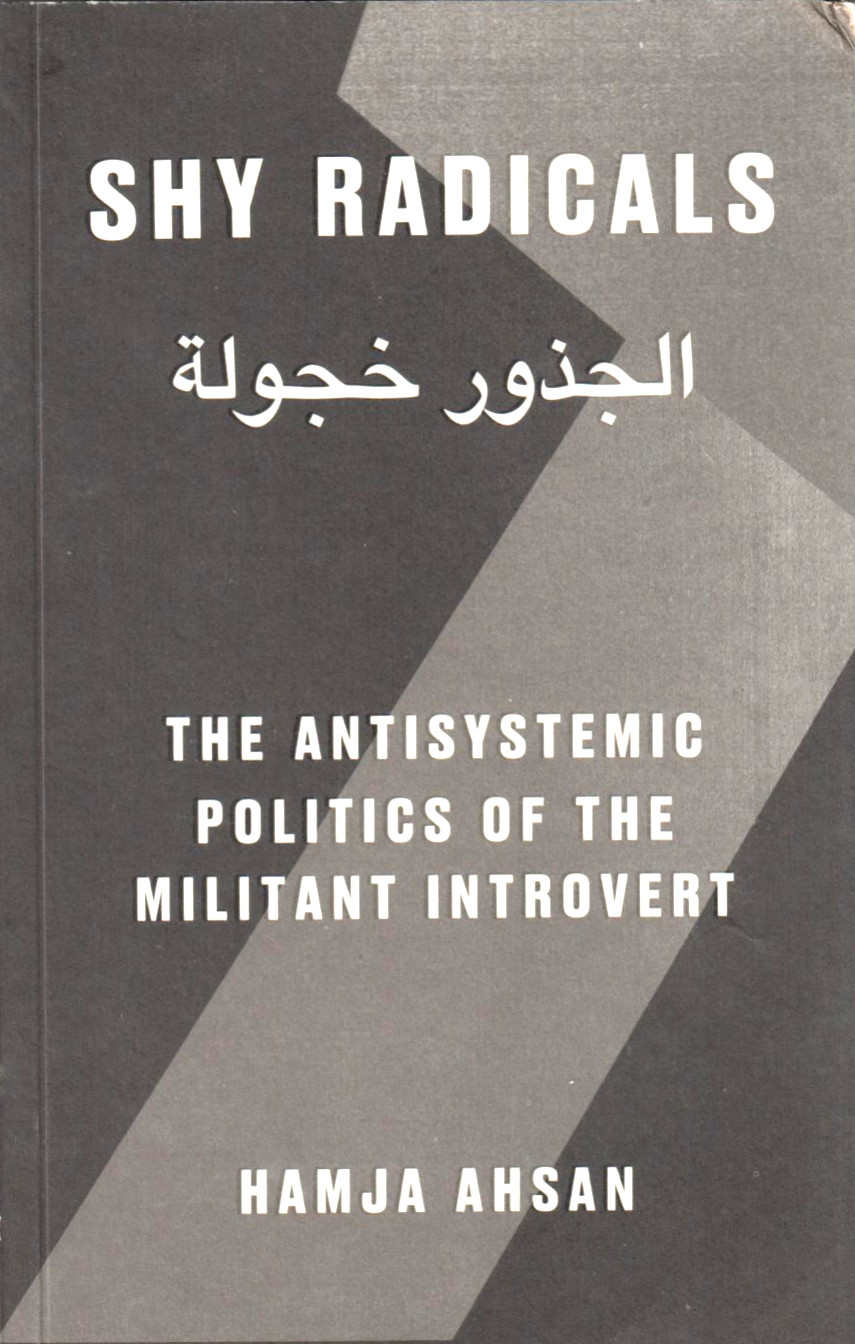 “Drawing together communiqués, covert interviews, oral and underground history of introvert struggles (Introfada), here for the first time is a detailed documentation of the political demands of shy people.

Radicalised against the imperial domination of globalised PR projectionism, extrovert poise and loudness, the Shy Radicals and their guerrilla wing the Shy Underground are a vanguard movement intent on trans-rupting consensus extrovert-supremacist politics and assertiveness culture of the twenty first century. The movement aims to establish an independent homeland – Aspergistan, a utopian state for introverted people, run according to Shyria Law and underpinned by Pan-Shyist ideology, protecting the rights of the oppressed quiet and shy people.

Shy Radicals are the Black Panther Party of the introvert class, and this anti-systemic manifesto is a quiet and thoughtful polemic, a satire that uses anti-colonial theory to build a critique of dominant culture and the rising tide of Islamophobia.”