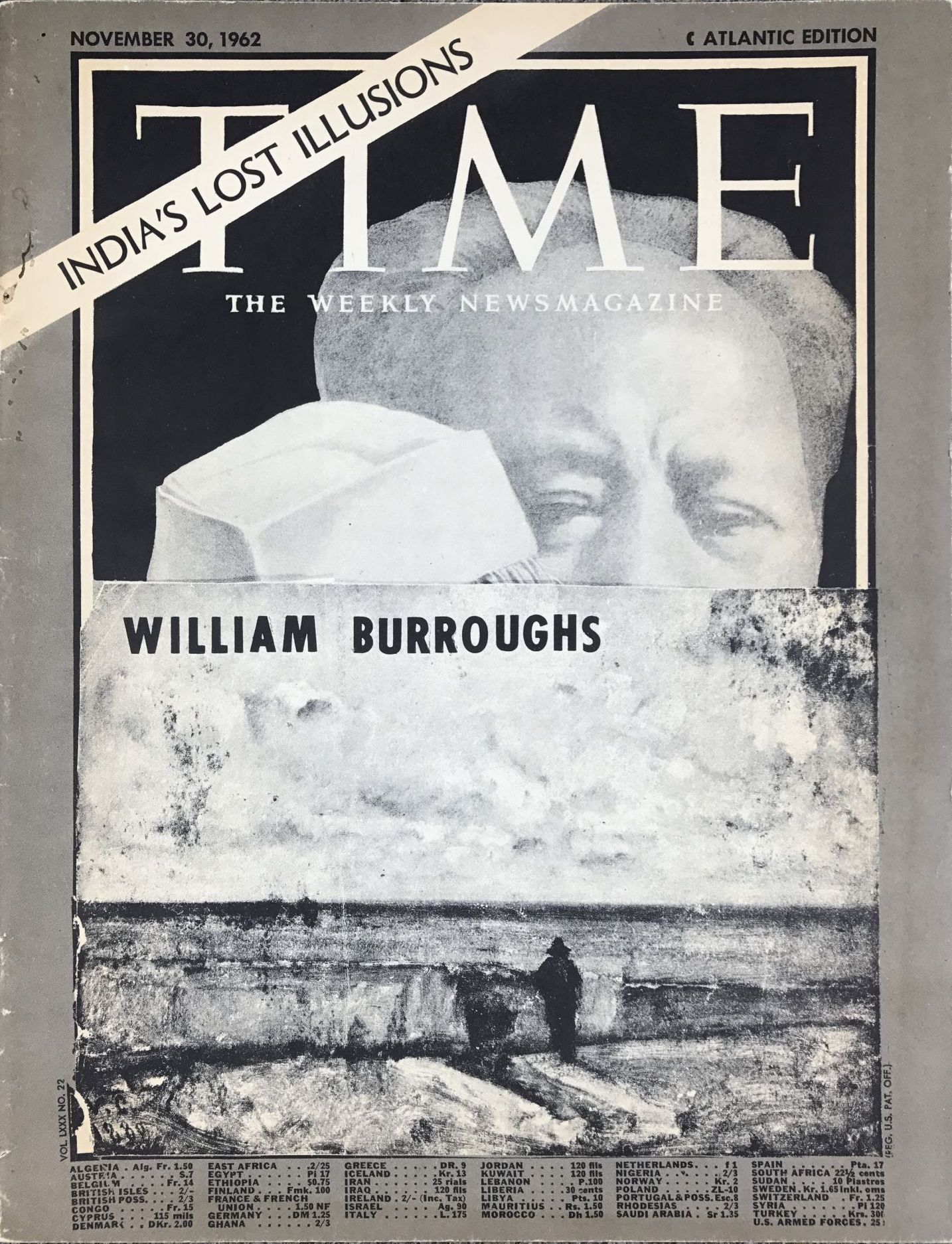 “Burroughs created his own version of Time magazine, including a Time cover of November 30, 1962, collaged over by Burroughs with a reproduction of a drawing, four drawings by Gysin, and twenty-six pages of typescript comprised of cut up texts and various photographs serving as news items. One of the pages is from an article on Red China from Time of September 13, 1963, and is collaged with a columnal typescript and an irrelevant illustration from the ‘Modern Living’ section of the magazine. A full-page advertisement for Johns-Manville products is casually inserted amid all these text; its title: ‘Filtering’.” (from Robert A. Sobieszek, Ports of Entry, 1996, 37)

The “Fliday Newsmagazine,” “Proclaim Present Time Over,” “File Flicker Tape” are some of the texts. The November 30, 1962 issue of Time was chosen, because the magazine reviewed the Grove Press edition of Naked Lunch in an article entitled “King of the YADS” (Young American Disaffiliates). The looming face of Mao symbolizing the threat of Red China adds an aura of nuclear disaster.” (Jed Birmingham, 2006)