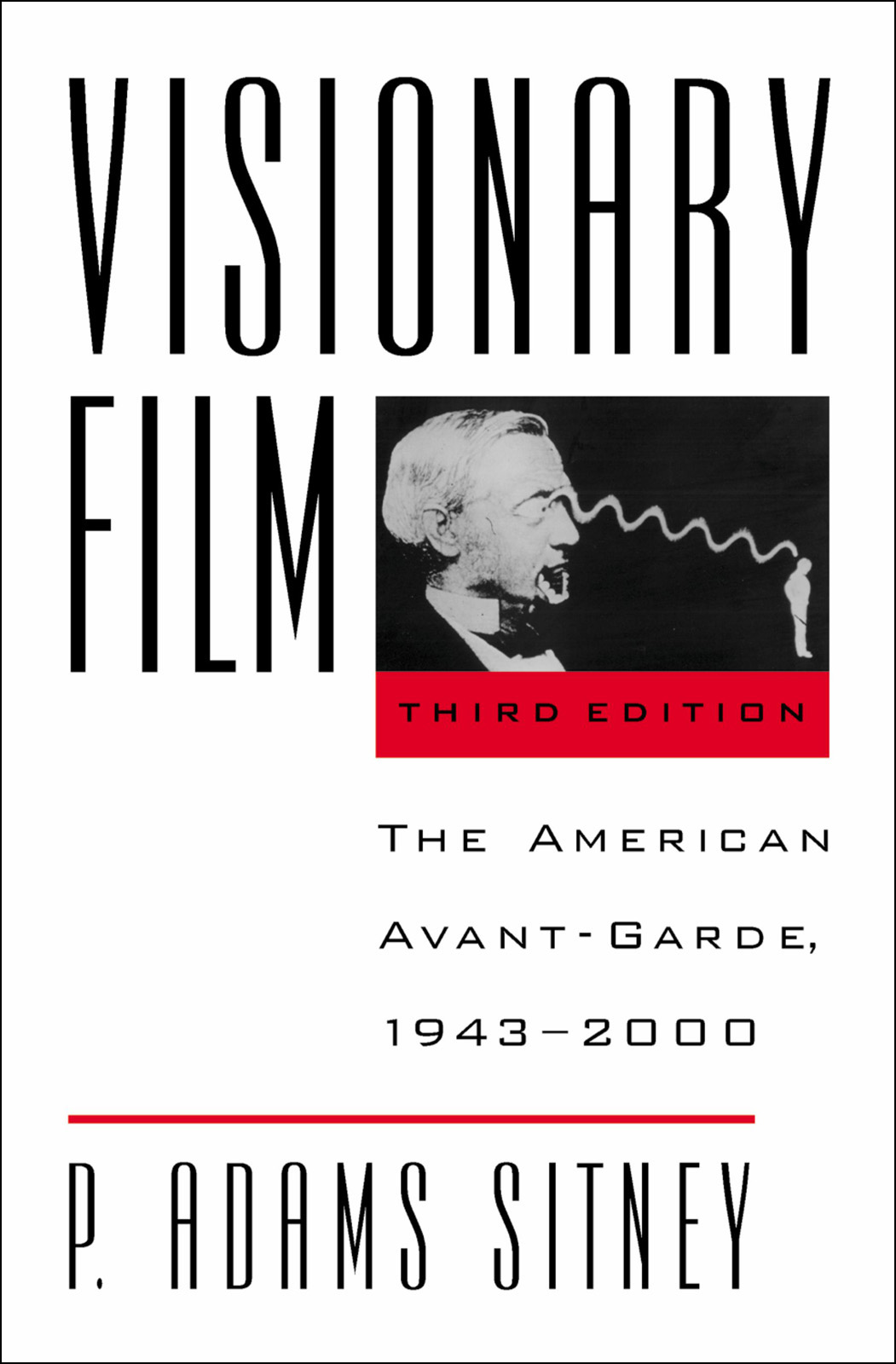 “Visionary Film has remained the standard text on the American avant-garde since the publication of its first edition in 1974. It has been hailed as the most complete work written on the exciting, often puzzling and always controversial genre of American avant-garde film. In this book P. Adams Sitney discusses the principle genres and the major filmmakers since Maya Deren and Alexander Hammid made their dreamlike film “Meshes of the Afternoon” in 1943. Sitney also identifies the emergence and flowering of a new genre, which he calls Menippean Satire. This edition also includes a chapter on the films of Gregory J. Markopoulos which had been dropped from the second edition.”

See also Sitney’s Eyes Upside Down: Visionary Filmmakers and the Heritage of Emerson, 2008.