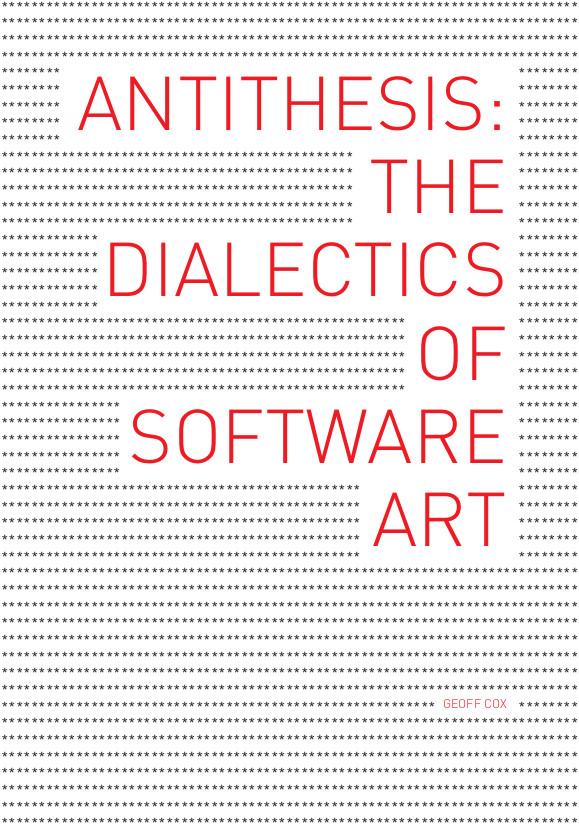 Software art refers to the production of software as art rather than the use of software to produce art. This thesis situates software arts practice in relation to a dialectical materialist tradition that focusses attention on the site of production and the contradictions within the relations of production. By making reference to post-Marxist theories, it is argued that antagonisms associated with traditional forms of labour have been extended to include the labour of machines and software. Therefore any analysis of the labour involved in making art must recognise the ways in which labour has become more immaterial, collective and communicative. In the case of software art, both the programmer and program can be seen to work, and produce artwork as software. Software art thereby holds the potential to make apparent the contradictions within the relations of production, as well as the potential to be programmed to act in a disruptive manner. That software art demonstrates emergent properties is substantiated by referring to both systems theory and dialectics, that share a common interest in dynamic processes and transformative agency.

Consequently, the term ‘software praxis’ is proposed to characterise the combination of creative and critical activity embodied in transformative action. It is the assertion of this thesis that software art praxis can offer new critical forms of arts practice by embodying contradictions in the interplay between code and action. Contradiction is also embodied in the form this PhD submission takes: it is both a thesis in itself and, like software, ready to express its dialectical potential once executed. This thesis takes the conventional form of academic writing and a program script written in Perl. It collapses form and content by presenting a thesis _about_ software art that is simultaneously an example _of_ software art. Both the text and the program script can be interpreted and acted upon.

The PhD submission includes references to a number of essays written during the registration period, and those that relate closely to the main argument are attached. Also included is documentation of three collaborative projects: the exhibition _Generator_, the publication _Notes Towards the Complete Works of Shakespeare_, and The UK Museum of Ordure’s _Audio Library_ installation. These projects are represented by print-outs of web pages and video documentation on DVD. Although referred to in the text, the projects do not illustrate the thesis but embody its argument. Similarly, the text is not a linked narrative to these projects but an example of software art practice in itself. In form and content, the thesis expresses a dialectics of software art.

A thesis submitted to the University of Plymouth in partial fulfilment for the degree of Doctor of Philosophy
School of Computing, Communications & Electronics, Faculty of Technology
March 2006