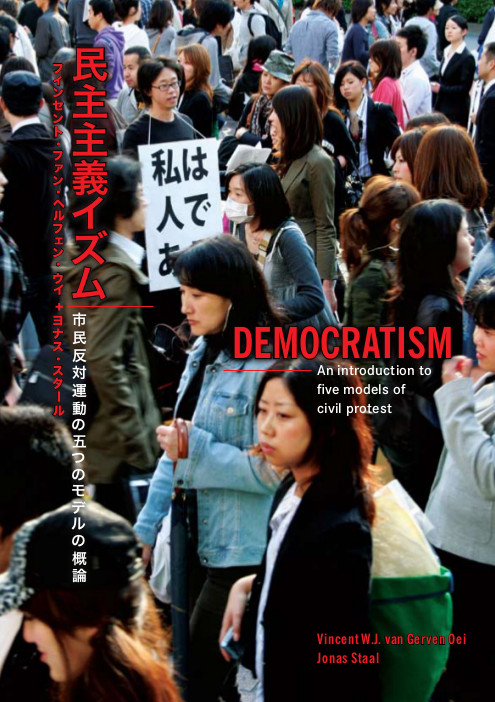 Five individual reenactments of more and less known historical protests from the western world, in which all slogans have been translated into Japanese. The selection of the actions was based on the measure in which they were able to reflect on their own form of appearance. The actions were performed by several Japanese performers, who were also handing out flyers containing a short description of the performance and documentation of the original protest. Thus, the work formulated a critique on the institutionalized western mass protests as well a reflection on the state of democratism as is was implemented in Japanese society,

video interview with the authors
Democratism and the Institution We Call the Artist (2011, Jonas Staal’s debate in reponse to the essay “Politics of Art: Contemporary Art and the Transition to Postdemocracy” by Hito Steyerl, Art Brussels, published in Noordkaap Magazine