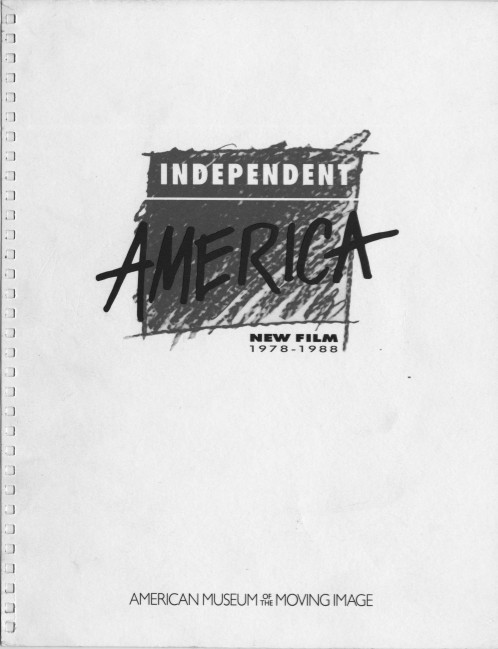 “Independent America: New Film 1978-1988 is an overview of personal, experimental American filmmaking of the past decade. Though some of these films have achieved modest theatrical success, most are distinctly non-commercial. Many are hard to categorize, ignoring established boundaries within ‘fiction’, ‘documentary’, ‘avant-garde’, and ‘animation’, labels that have had the harmful effect of creating ghettoes within the larger ghetto of independent film. There is enormous diversity among the 147 films included in this survey.” (from the Introduction)