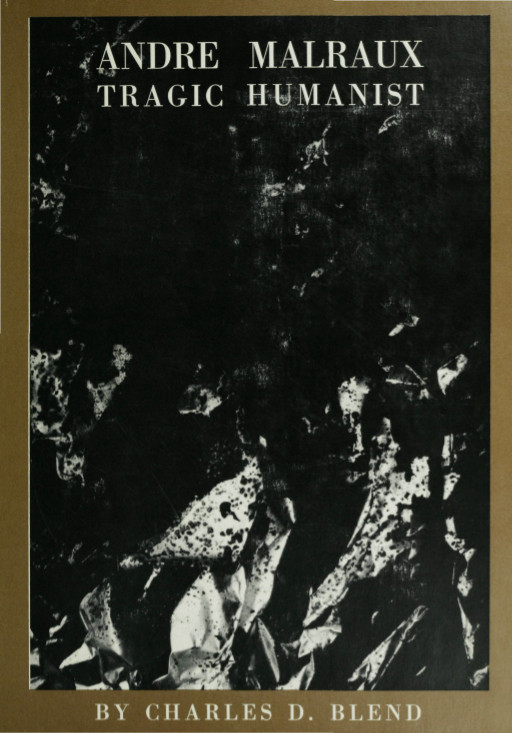 “The dominant question arising from the unparalleled inhumanity of the mid-twentieth century, André Malraux has suggested “Is man dead?” Yet, for him, to pose the question is to answer it, for man proves his greatness, not by affirming it, but by questioning. It is by a mise en question of the universe that man rises above it.

This interpretation, long central to Malraux’s thinking, brings with it a number of difficulties. Previous concepts of man have produced an image, an ideal, toward which man could orient himself, and have presupposed a culture that had a role in the scheme of things. With a vision of man based on questioning rather than affirmation, it becomes impossible to preconceive an image of him or to visualize a form for human culture, and traditional humanism passes from the picture.

For Malraux, however, man has something that is greater than a preconceived image of himself: consciousness or awareness. To replace the images of man that have been destroyed or invalidated, Malraux calls for the will to grasp the greatest possible consciousness of what it is to be a man, coupled with the will to absolutely free discovery. Combining these values, Malraux suggests, pro­duces a culture that is a human adventure, an advehture in freedom. Humanism is still possible, but it is a tragic humanism—humanism, because man knows his will and his starting point; tragic, because he can never know where he is going. Man can lead a dignified and fruitful existence given the will to struggle endlessly with the unknown.”