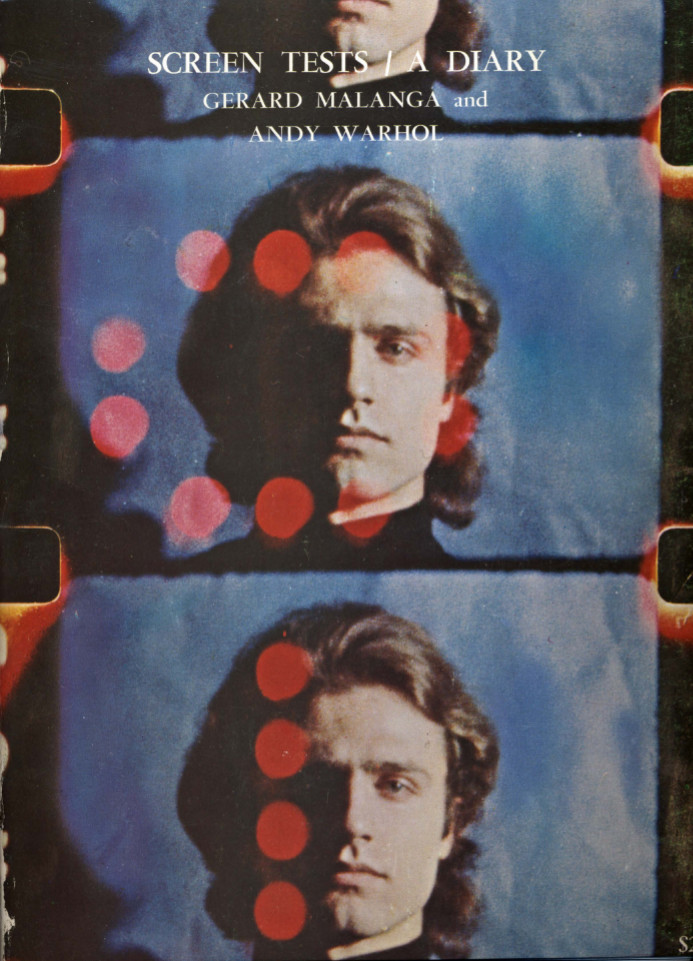 “The 54 stills of Screen Tests/A Diary–which picture actors and poets, socialites and thieves, models, consumers of amphetamine, painters, filmmakers, and musicians–are frame enlargements from short black-and-white silent-film portraits made between 1964 and 1966 by Andy Warhol with the assistance of Gerard Malanga and/or Billy Linich, also known as Billy Name, who lived at the Factory. Each still consists of one or two entire frames from the film footage, and part of either one or two additional frames.” (source).