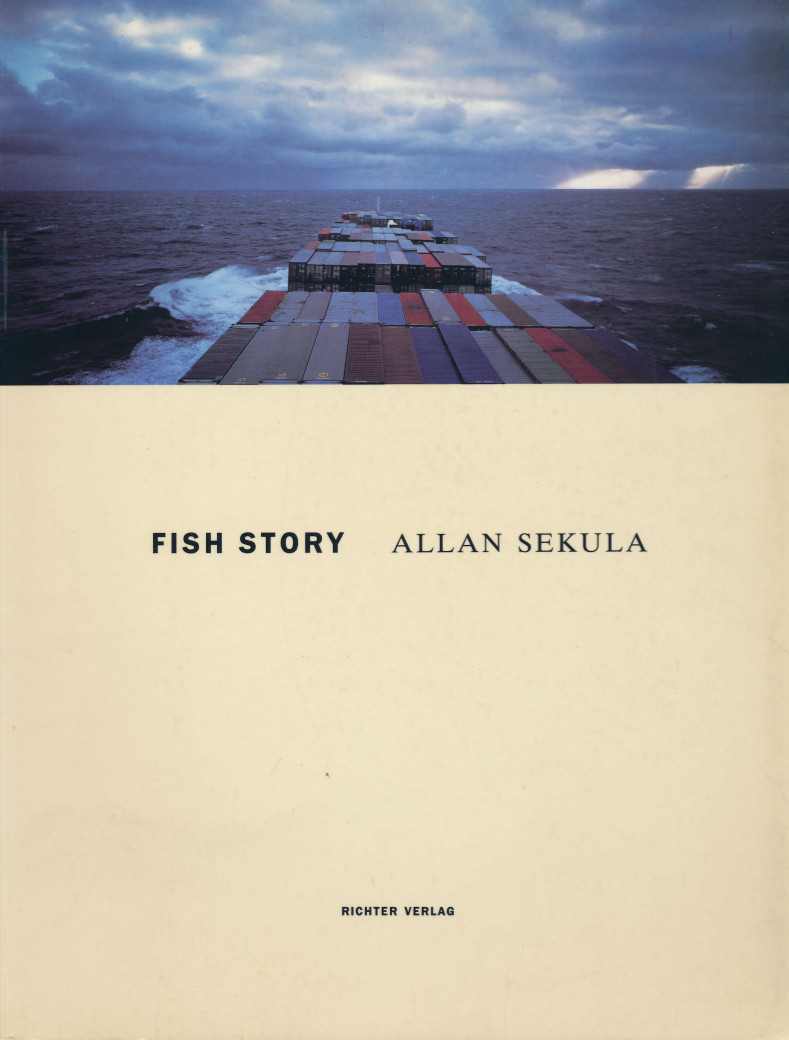 “The Fish Story project focuses on the quest for centers of maritime power past and present and the political interest in the change in the economic infrastructure of industrial ports yielded by late-capitalist rule in its phase of multinational and global expansion. This is the third project of the American photographer and historian Allan Sekula (b. 1951) in his cycle on the imaginary and real geography of the advanced capitalist world.

Working on the assumption that photography remains inevitably tied to ideological and real historical factors, Allan Sekula is continuing the tradition of critical realism. However, far from confining himself to illuminating the subject solely with photographic means, Sekula has been integrating the written word in his creative work since the Seventies. Consequently, Fish Story has been conceived from the outset as a book and as an exhibition. The photographs shown in this publication illustrate working conditions on highly industrialized container ships and in ports, while the texts yield insights masked by the visual, photographic information. The resultant montage of images and texts encourages dialogue with the viewer.”

With a text by Benjamin H.D. Buchloh.