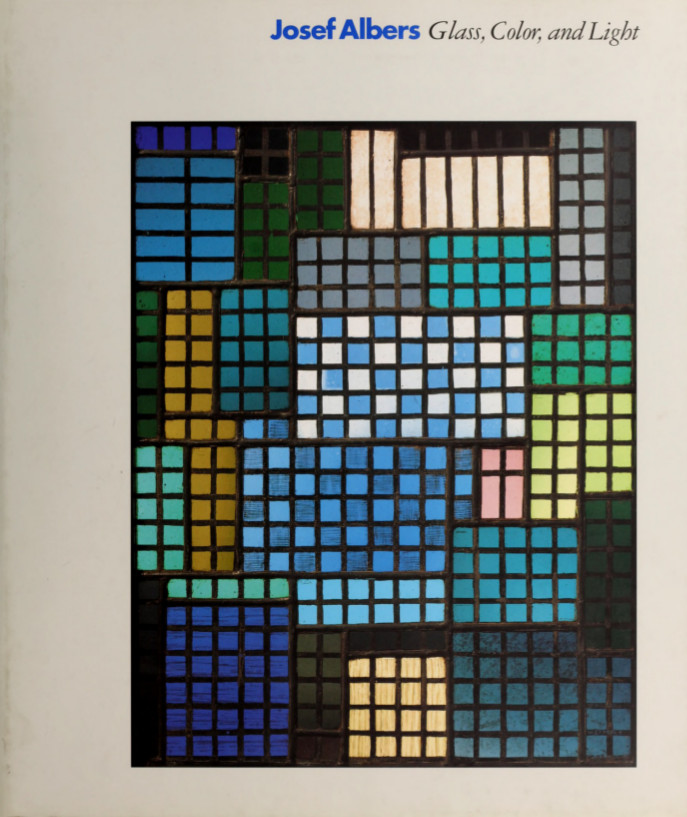 Josef Albers (1888-1976), famous as a master at Germany’s Bauhaus until 1933, and then a professor in American schools such as Yale University, influenced many young artists. His Homage to the Square series of paintings remains an important example of 20th-century art. Yet Albers’s first great works – the glass pictures that he made in Germany beginning in 1921 – remain little known. Starting with found fragments of colored glass, and later employing a sophisticated sandblasting process, Albers created a new art form.

Glass, Color and Light is the first monograph devoted to Albers’s work in this medium. Reproductions, 62 in color, of every extant glass picture are accompanied by full documentation by Brenda Danilowitz of the Josef Albers Foundation. Also illustrated and discussed are Albers’s architectural commissions in glass and those works that were lost or destroyed after the artist fled Nazi Germany. Essays by Nicholas Fox Weber, executive director of the Josef Albers Foundation, and Fred Licht, curator of the Peggy Guggenheim Collection, illuminate the many themes suggested by this extraordinary group of works, while a chronology of Albers’s life and professional career places the glass works in the context of his entire oeuvre.