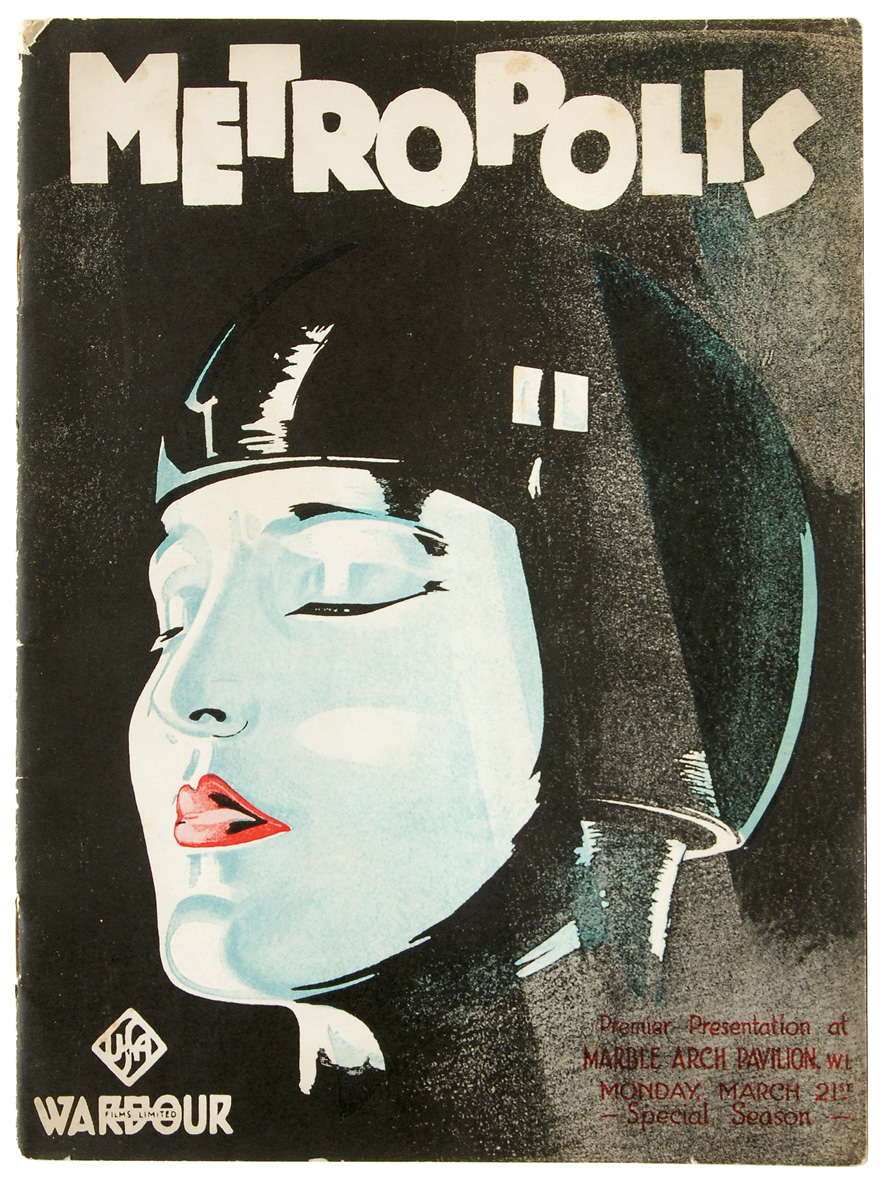 “Film programme booklet produced for the London premiere of Fritz Lang’s Metropolis at the Marble Arch Pavilion on March 21, 1927. Not only a list of cast and crew, it includes eleven short pieces on the making of the movie, commentary from the director and cast, and numerous production photographs and film stills, many attractively arranged as modernist collages. One of the most interesting sections shows in parallel columns how a passage of film scenes was adapted from the novel of the same name by Lang’s wife, Thea von Harbou.” (source)