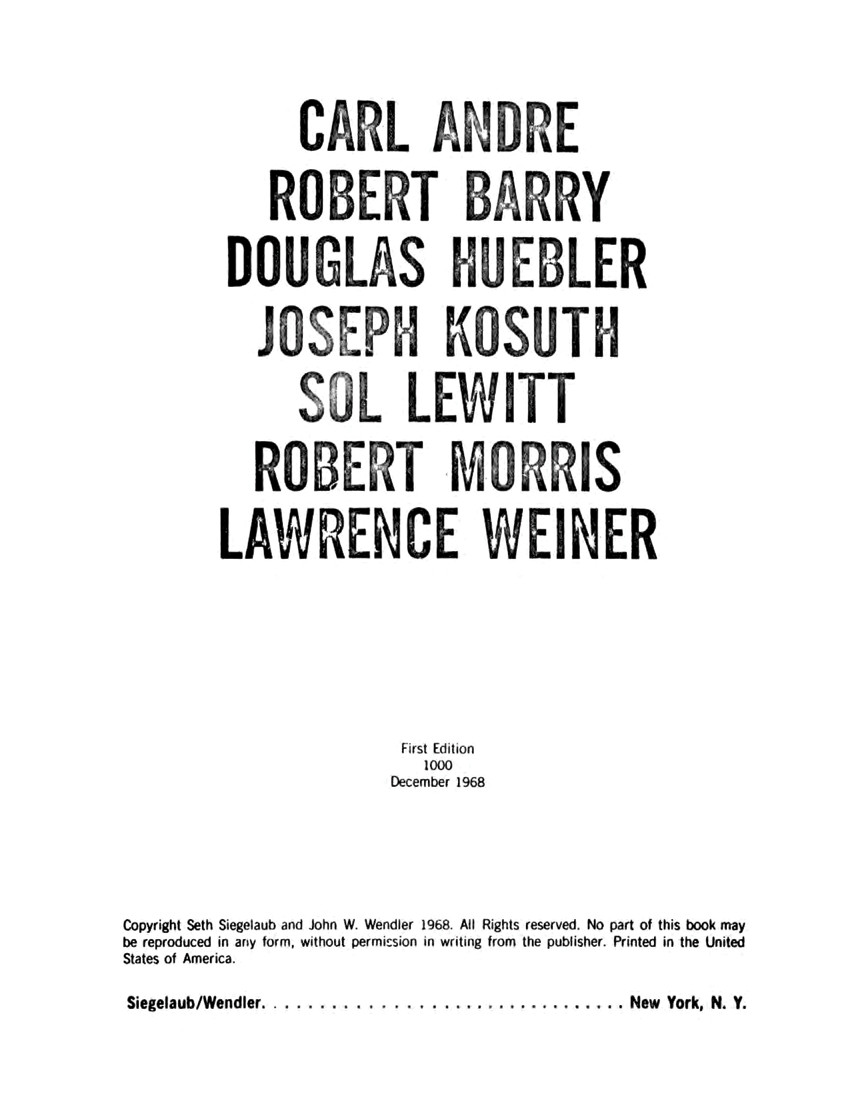 “Perhaps one of the most revered artists’ publications of the 1960s, the Xerox Book, published by dealers Siegelaub and Wendler is a xerox book in name only. Conceived by Siegelaub as an inexpensive artists’ publication – each artist was afforded twenty-five pages [plus a cover / title page] to execute a site specific project for the publication. The resulting projects were among the most important ever printed by these artists Carl Andre, Robert Barry, Douglas Huebler, Joseph Kosuth, Sol LeWitt, Robert Morris and Lawrence Weiner. When going to press Siegelaub discovered that xeroxes would be more expensive than traditional offset lithography so the xeroxing was forgone for reasons of expense, however, the name of the intended publication lives on.” (source)