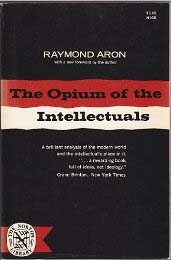 First published in 1955, this political reflection seeks to show how noble ideas can slide into the “tyranny of secular religion”. It stresses how political thought has the responsibility of telling the truth about social and political reality – in all its imperfections and complexities.

Aron explodes the three “myths” of radical thought: the Left, the Revolution, and the Proletariat. Each of these ideas, Aron shows, are ideological, mystifying rather than illuminating. He also provides a fascinating sociology of intellectual life and a powerful critique of historical determinism in the classically restrained prose for which he is justly famous.