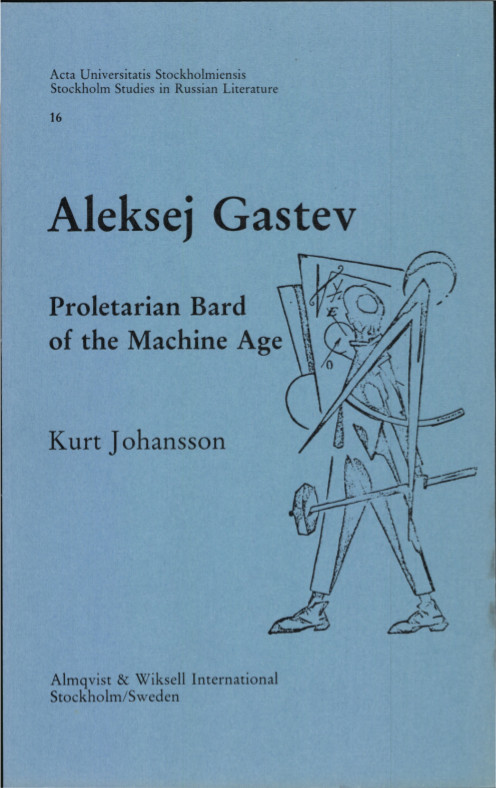 This book attempts to give an outline of Aleksej Gastev’s life and works primarily up until 1920.

Aleksej Gastev (1882-1941?) belonged to the Russian proletarian intelligent­sia. He was an active revolutionary, a journalist with syndicalist leanings, a metal-worker and trade-union leader, and one of the best proletarian poets. In later years he became perhaps the most important champion of the Taylor system and scientific management in Russia; as the founder and leader of the Institute of Labour (CIT) in Moscow he trained hundreds of thousands of new workers for Soviet industry. In 1938 he fell a victim to the Stalinist terror.

Besides presenting his biography, the present study tries to trace the development of Gastev’s Utopian ideas about the creation of a New Man suited to the industrial society of the future. In his articles and poems the worker is so Intimately fused with machines that he adopts their rhythm and functional movements, himself becoming “mechanical”. One chapter is specially devoted to Gastev’s poetry, the collection Poézija rabočego udara (“The Poetry of the Factory Floor”). Four prose poems are analyzed in detail. These describe the future development of the proletariat, and also show how Gastev ‘s manner of writing gradually becomes a kind of “Taylorized” poetry, that has been strongly influenced by futurism.