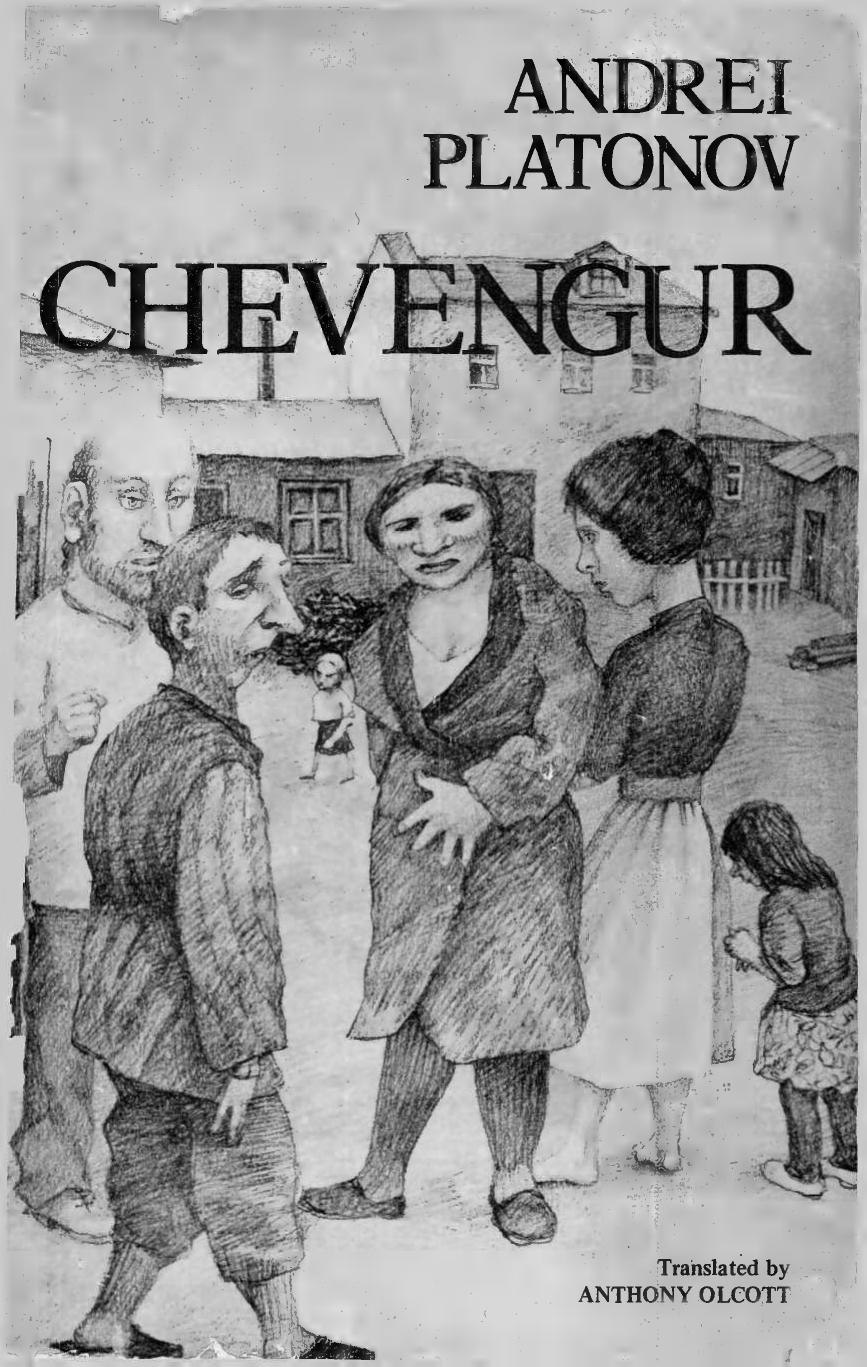 “Platonov‘s epic novel was written in 1927-28, but only small pieces have been published in the USSR, and even the emigre Russian edition is seriously flawed by omissions. The reasons for the censorship are not hard to find. Platonov argued that it was an ‘honest attempt to portray the beginning of Communist society,’ but Maxim Gorky, though one of the first to praise the novel, said it would never pass the censors: ‘I do not think it will be published. Your anarchic cast of mind will prevent this… For all your tenderness towards people, they are always described ironically, turn out to be ‘characters’ or ‘half-wits’.’ Indeed, Platonov describes a bizarre world where the peasants totally refuse to work (because the Revolution means the Golden Age has come), and the Party leaders’ humanistic ideals lead only to inhumanity. Chevengur is a massive series of satirical scenes from Soviet life during the New Economic Policy instituted by Lenin in the 1920s, the story of the efforts of provincial builders of Communism–but in their grotesque Utopia, Cheka murders are the only thing efficiently organized. Chevengur is Platonov’s longest work, his most sustained critique of the philosophical precepts and practical results of the Revolution. It is a novel of overwhelming power.” (from the back cover)

Russian edition
First published in Paris, 1972, without the first part. Reprinted in 1988 in the journal Дружба народов [Druzhba narodov]. In 1988, the publishing house Современник [Sovremennik] released a complete book.