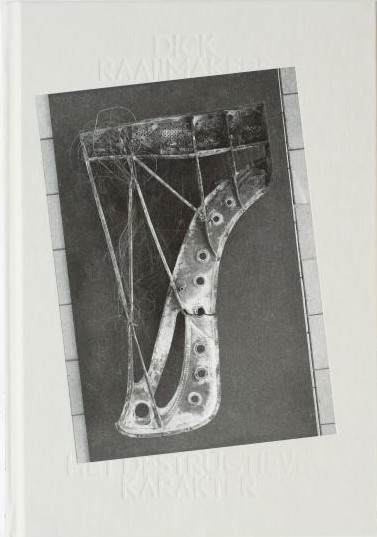 The Destructive Character by the Dutch composer, multimedia artist and theorist Dick Raaijmakers (1930) treats of a subject which, when considered from the aspect of the constant media coverage on destruction — whether ecological, military, or economical — should still be our very present and pressing concern.

The Destructive Character is a commentary on an essay from 1931 by Walter Benjamin bearing the same title and included in this publication. In his reaction, Raaijmakers focuses on the fact that the destructive character knows of only one activity: clearing away.

By means of a series of telling examples, from Fluxus and Glenn Gould to Laurel & Hardy, John Cage, and his own work, Raaijmakers discusses the characteristics and the peculiarities of the destructive character inside and outside the arts. Raaijmakers’s survey of this creative clearing, destructively discovering news paths, makes us understand that every destruction always implies a new beginning.