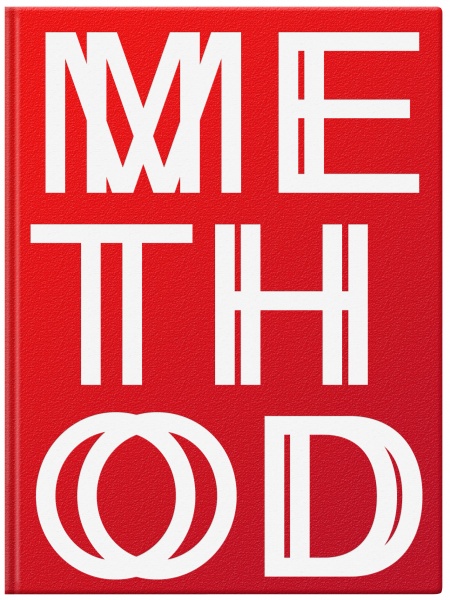 This book doesn’t offer the reader what its title promises. It is not a method in the sense of a handbook or operation manual. It is rather a travel guide, albeit for travellers who already have reached their final destination. In the first part of Method, the traveller is a ‘mover’, setting himself into motion to change the world according to his plan. In the second part, a ‘perceiver’ follows the mover in his footsteps and meticulously reports ‘us’ on it through views. ‘We’ in our turn, receive those views and forge them into new concepts and plans. Because we are also ‘movers’, who want to travel and change the world. We have come full circle.

The title Method is derived from the famous work La méthode graphique (1878) by the French physiologist E.J. Marey. He has been the first to put to practice the principle of making motions visible through cinematographic means. Just like Marey’s method, Method aims to be working like a film. It wants to transport the motions of the ‘mover’ before the readers’ eyes phase by phase, like film stills on a film tape.

   In order to do so, the perspective of both dramatis personae in Method, the mover and the perceiver, is kept extremely flat and close. Likewise, all headwords in the field of motion and perception are interpreted literally, and expressed in so-called language-views. Method has been written to put these language-views in words.

See also Raaijmakers’ The Destructive Character (1992) and A Brief Morphology of Electric Sound (2000).