Nikolay Punin: The Monument to the Third International: A Project by the Artist V.E. Tatlin (1920–) [Russian, English] 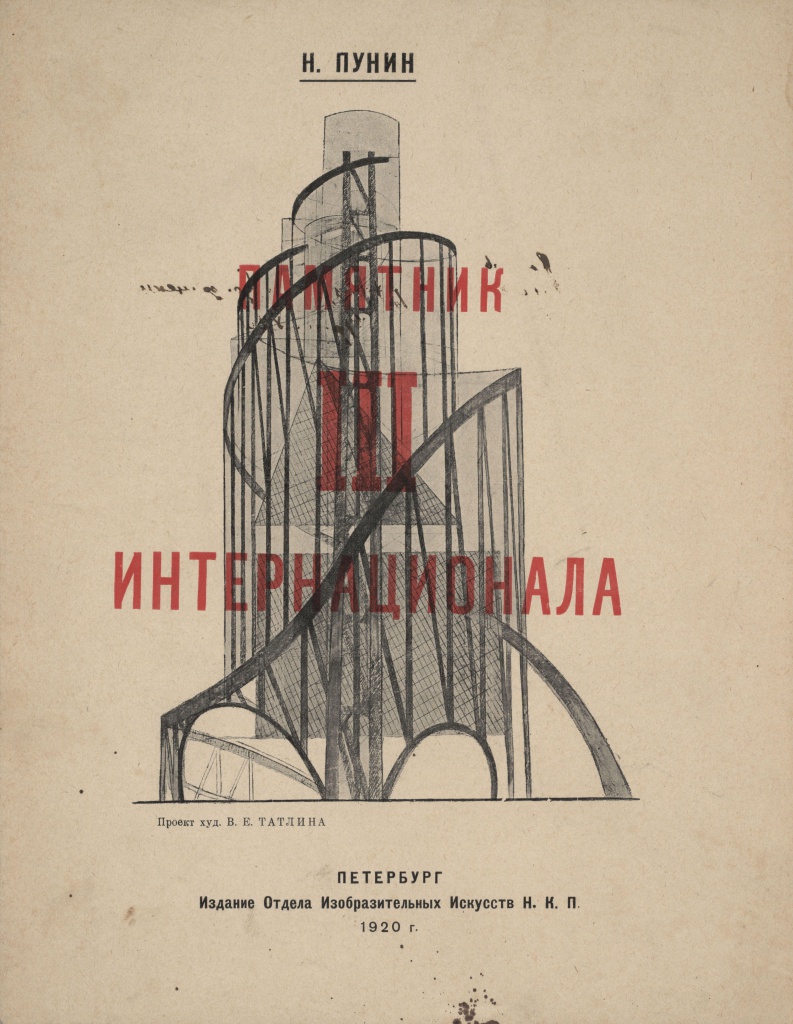 Tatlin’s Tower, or the project for the Monument to the Third International (1919-20), was a design for a grand monumental building by the Russian artist and architect Vladimir Tatlin, that was never built. It was planned to be erected in Petrograd (now St. Petersburg) after the Bolshevik Revolution of 1917, as the headquarters and monument of the Comintern (the Third International).

The tower was to be built from industrial materials: iron, glass and steel. In materials, shape and function, it was envisaged as a towering symbol of modernity. It would have dwarfed the Eiffel Tower in Paris. The tower’s main form was a twin helix which spiraled up to 400 m in height, around which visitors would be transported with the aid of various mechanical devices. The main framework would contain four large suspended geometric structures. These structures would rotate at different rates of speed. At the base of the structure was a cube which was designed as a venue for lectures, conferences and legislative meetings, and this would complete a rotation in the span of one year. Above the cube would be a smaller pyramid housing executive activities and completing a rotation once a month. Further up would be a cylinder, which was to house an information centre, issuing news bulletins and manifestos via telegraph, radio and loudspeaker, and would complete a rotation once a day. At the top, there would be a hemisphere for radio equipment. There were also plans to install a gigantic open-air screen on the cylinder, and a further projector which would be able to cast messages across the clouds on any overcast day.

Soviet critic Viktor Shklovsky is said to have called it a monument “made of steel, glass and revolution.” (from Wikipedia)