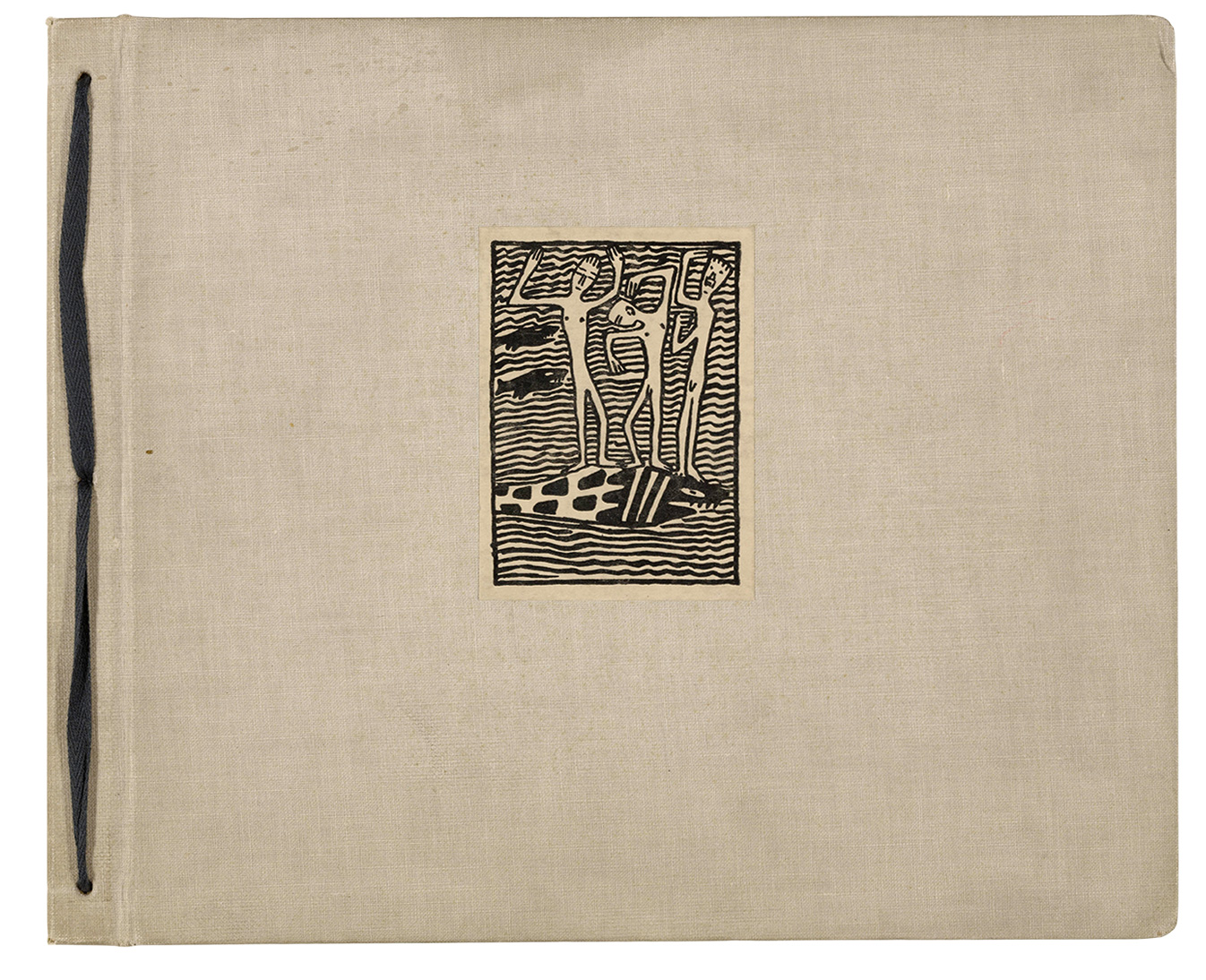 “In 1907, Fritz Waerndorfer, the financial backer of the Wiener Werkstätte, the leading design workshop in Vienna, commissioned Oskar Kokoschka, still a student at Vienna’s Kunstgewerbeschule (School of decorative arts), to make an illustrated fairy tale for his children. Kokoschka instead delivered a haunting poem about awakening adolescent sexuality set on far-off islands, away from the modern city and bourgeois life. His carefully composed text alluded to classical and contemporary literature by Johann Wolfgang von Goethe and Viennese writer Peter Altenberg. Kokoschka dedicated the volume to artist Gustav Klimt, from whom he borrowed the square format for the images, which push the text to the margins.

The book debuted at the monumental Kunstschau exhibition in Vienna in 1908. The original printer, who worked with another publisher of a famous series of children’s books, backed out upon seeing Kokoschka’s proofs. The Wiener Werkstätte published the book in 500 copies under its own imprint. As anticipated, the work sold poorly. In 1917, publisher Kurt Wolff, who had befriended the artist, reissued 275 remainder copies.” (Source)