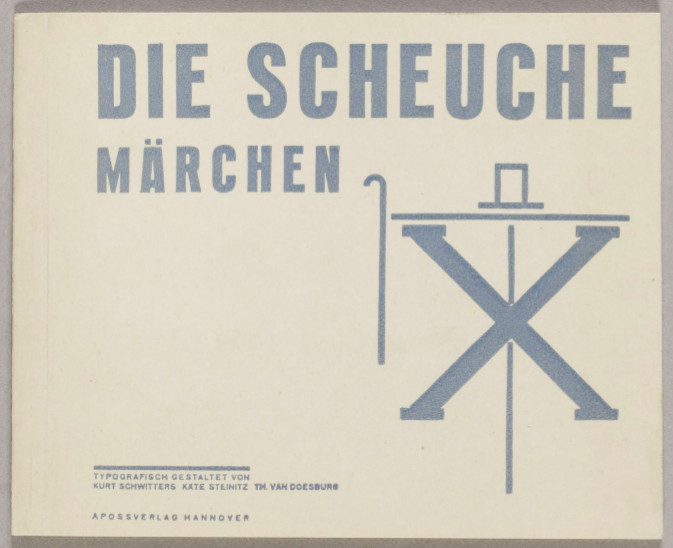 “In Die Scheuche: Märchen [The Scarecrow: A Fairytale] phrasing borrowed from German fairytales, grammar lessons, and religious texts combine into a formal hybrid that is cast in type. For the creators of this children’s book, such serious play with ready-made genres and print components offered a means of collecting the fragments of the past and assembling them to rebuild for the future. The narrative itself thematizes this pursuit: “once upon a time” there was a scarecrow well-appointed in the accoutrements of bourgeoisie comfort, complete with frockcoat, lace scarf, and cane. He is mocked by fowl and beaten by the farmer who made him. A child then pries the cane from the farmer (who has stolen it from the scarecrow) and with a single blow dismantles the order of ownership. The story ends with the ghosts of the items’ erstwhile owners arriving to reclaim their effects.” (Source)