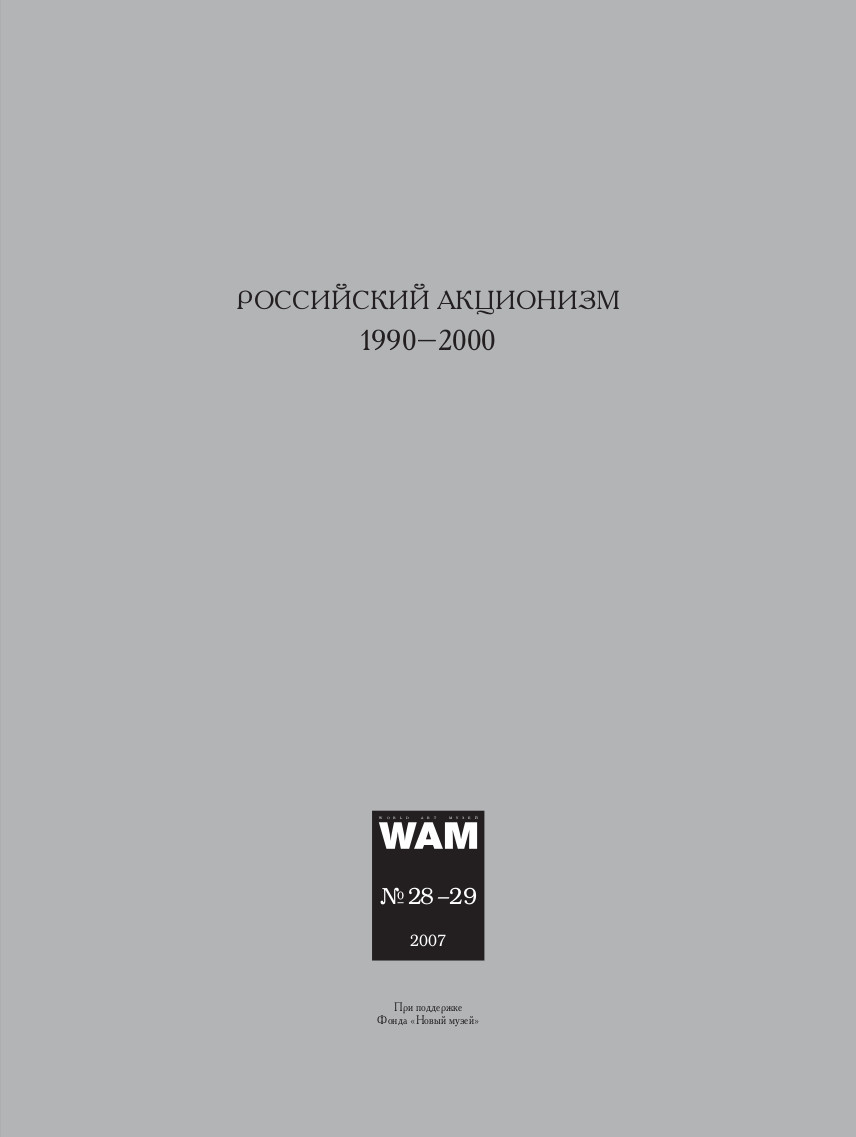 A survey of 450 performances, actions and happenings held in Moscow, St. Petersburg, Yekaterinburg and elsewhere. Descriptions and photo documentation are accompanied by press coverage and testimonies of participants and witnesses.

A ten-page English summary published in Artchronika magazine is introduced as follows:

“The phrase “performance in the 1990s” immediately evokes several images: Oleg Kulik slaughtering a pig at Regina Gallery; Anatoly Osmolovsky sitting on the shoulder of the Mayakovsky monument; Oleg Kulik again, this time attacking passers-by like a rabid dog; Alexander Brener masturbating on the diving board at the Moscow swimming pool or calling out Boris Yeltsin to fight on Red Square; the barricade erected on Nikitskaya Ulitsa; members of the Radek group on top of Lenin’s mausoleum; the crucifixion of Oleg Mavromatti; and so on. These stories have become pure myth, retold with breathy excitement and longing for glory days lost to the past, or cited in various criminal court cases.”