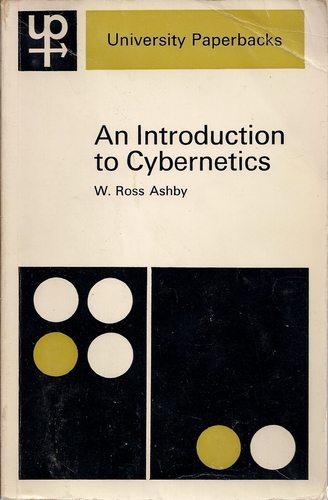 “W. Ross Ashby is one of the founding fathers of both cybernetics and systems theory. He developed such fundamental ideas as the homeostat, the law of requisite variety, the principle of self-organization, and the principle of regulatory models. Many of these insights were already proposed in the 1940’s and 1950’s, long before the presently propular “complex adaptive systems” approach arrived at very similar conclusions. Whereas the concepts surrounding the complexity movement are often complicated and confuse, Ashby’s ideas are surprisingly clear and simple, yet deep and universal.

This elegance of thought is illustrated in particular by the present book, which is still the only real textbook on cybernetics (and, one might add, system theory). It explains the basic principles with concrete examples, elementary mathematics and exercises for the reader. It does not require any mathematics beyond the basic high school level. Although simple, the book formulates principles at a high level of abstraction. For more concrete and extensive illustrations of systems principles, you may refer to other books, The Macroscope and The Phenomenon of Science. For a similar abstract, high-level, but technically simple approach, this time to physics, you can check Representation and Change.” (source)