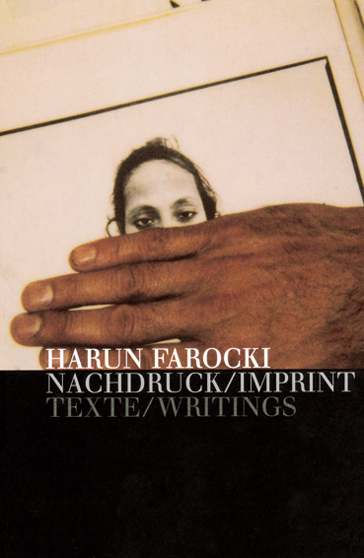 “This book brings together a selection of writings produced by Harun Farocki between 1977 and 1999. They provide an insight into Farocki’s filmic work and its underlying querying of the status, production, and perception of images conveyed technically and through media. As a critical observer of political and cultural events, Farocki reveals the images’ hidden content in his films and writings, freeing them from the detritus of the encoding with which they have been covered in the course of their development, their use in various media and subsequent reception. Farocki’s deconstructive reflections establish new standards not only for the aesthetics of film but for visual art as well.”

Published on the occasion of the retrospective exhibition of Harun Farocki at the Westfälischer Kunstverein and Filmclub Münster, June-August 2001.