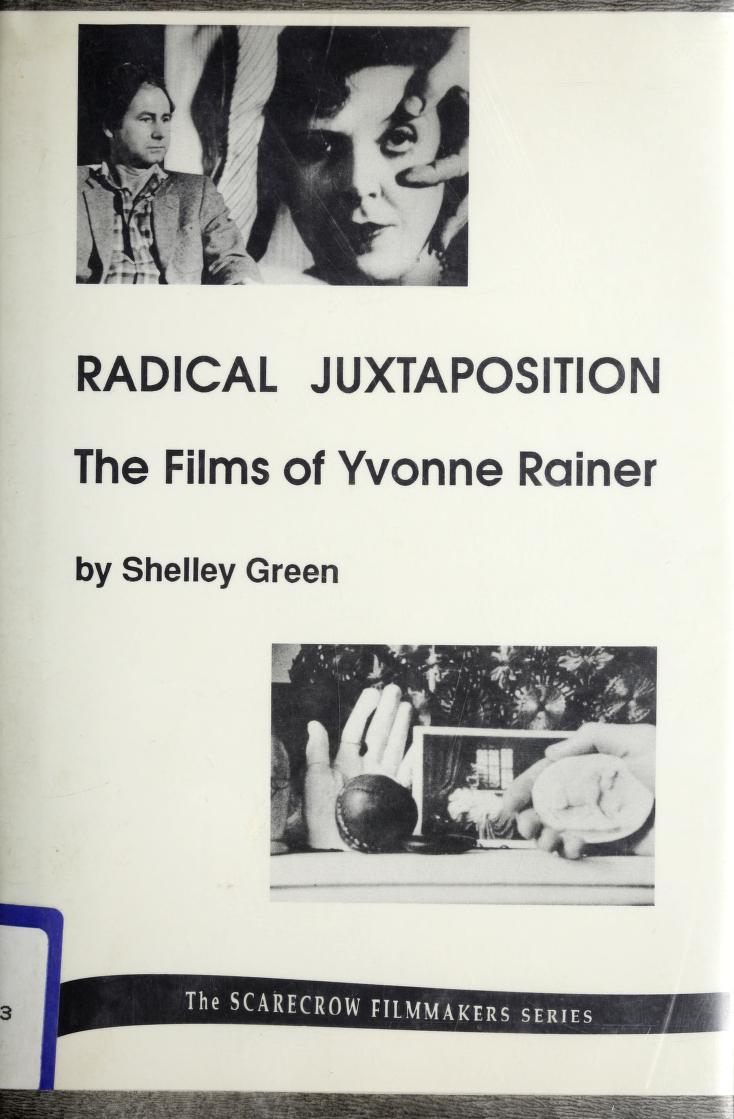 “This volume examines the work of one of the central figures of the avant-garde from her first feature-length film in 1972, Lives of Performers, through Film About a Woman Who… (1974), Kristina Talking Pictures (1976), Journeys from Berlin/1971 (1980), The Man Who Envied Women (1985), to Privilege (1990). The comprehensive study surveys critical reaction and includes Rainer’s critical writings, photos, full biographical information, a complete filmography and bibliography.

The book also investigates dominant structural elements which enliven Rainer’s filmic texts: her complex and disjunctive use of language, speech, repetition, interpolated texts, fragmentation, self-conscious camera movement, autobiography and the formulation of alternative narrative codes. A focal point is the unique relationship established between the filmmaker and the spectator.

Rainer’s narrative strategies have been considered in a radical political context; the author specifically analyzes Rainer’s aggressive reexamination of form as it contributes to the politics of the personal and the political. Resonances created in complex construction of sound, image, editing, characterization, camera movement, and the obliteration and calculated reevaluation of these techniques often directly lead to a new construction of the female subject as well as the female spectator. By creating a cinema that may both construct and include its audience, Rainer’s work has vast implications. The author develops this significant aspect and addresses issues of race, age, and class, especially in later films.” (from the back cover)