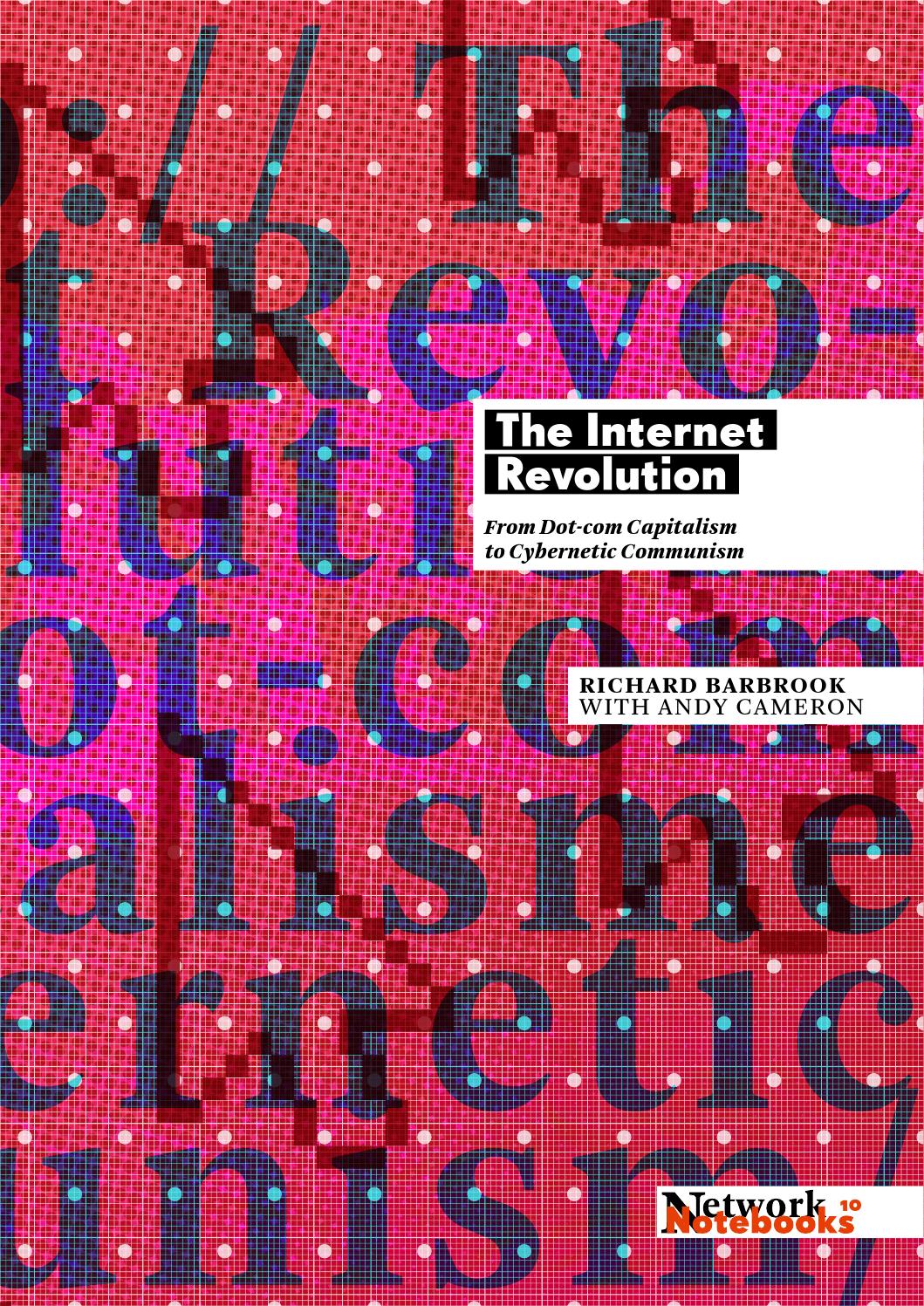 “Richard Barbrook and Andy Cameron’s The Californian Ideology, originally published in 1995 by Mute magazine and the nettime mailinglist, is the iconic text of the first wave of Net criticism. The internet might have fundamentally changed in the last two decades, but their demolition of the neoliberal orthodoxies of Silicon Valley remains shocking and provocative. They question the cult of the dot-com entrepreneur, challenging the theory of technological determinism and refuting the myths of American history. Denounced as the work of ‘looney lefties’ by Silicon Valley’s boosters when it first appeared, The Californian Ideology has since been vindicated by the corporate take-over of the Net and the exposure of the NSA’s mass surveillance programmes.

Published in 1999 at the peak of the dot-com bubble, Richard Barbrook’s Cyber-Communism offers an alternative vision of the shape of things to come, inspired by Marshall McLuhan’s paradoxical ‘thought probes’. With the Californian Ideology growing stronger, the Net was celebrated as the mechanical perfection of neoliberal economics. Barbrook shows how this futurist prophecy is borrowed from America’s defunct Cold War enemy: Stalinist Russia. Technological progress was the catalyst of social transformation. With copyright weakening, intellectual commodities were mutating into gifts. Invented in capitalist America, the Net in the late-1990s had become the first working model of communism in human history.

In an introduction written specially for this 20th anniversary edition, Richard Barbrook takes a fresh look at the hippie capitalists who shaped Silicon Valley and explains how their influence continues to this day. These thought probes are still relevant in understanding the contradictory impact of ubiquitous social media within the modern world. As McLuhan had insisted, theoretical provocation creates political understanding.”