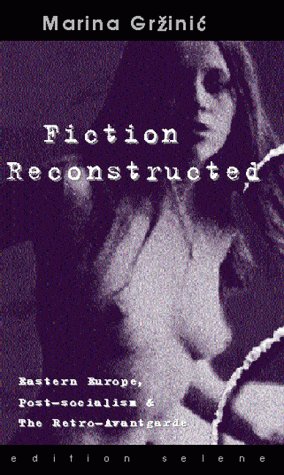 “In this book, my point of departure is a difference between Eastern and Western Europe that I try to conceptualize philosophically, insisting on a difference – a critical difference within and not a special classification method marking the process of grounding differences, such as apartheid, as Trinh T. Minh-ha has suggested. The question of who is allowed to write about the history of art, culture and politics in the area once known as Eastern Europe must be posed alongside questions of how and when those events are marked.

The largest part of the book focuses on selected artistic projects and concepts by Mladen Stilinovic (Zagreb), Kasimir Malevich (Belgrade, 1986), and the group Irwin (NSK) (Ljubljana), which were developed in the territory of the former Yugoslavia, and continue to function, develop, and mutate. These projects are read via dialectic positioning (i.e., thesis, anti-thesis, and synthesis) within not only countries of the former Yugoslavia, but also Eastern Europe in general. Finally, they are linked with the notion of ‘Retro-Avant-garde,’ or, as I label it, the new ‘ism’ of the East.” (from the Introduction)