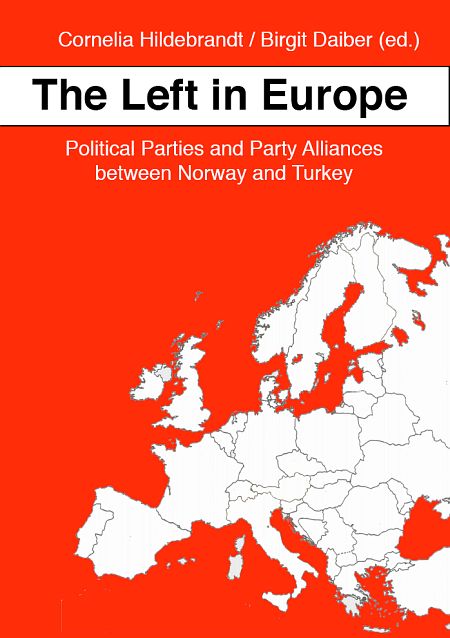 After thirty years the victorious march of neo-liberalism has ground to a halt at the beginning of the 21st century, having plunged the world into financial and economic crisis. For the first time a financial and economic crisis has coincided with social, environmental and climatic crises. The scale of the social deformations causing all this, the increases in social divisions, hunger and poverty, are already visible in all European countries. But no one knows yet how this crisis will end, and that goes for those on the Left as well.

In the past the European Left has identified and analysed many problems and proposed solutions. Many of these proposals, such as the control of financial markets, the Tobin tax, the closing down of tax havens, the banning of derivatives and hedge funds, the expropriation of shareholders of big corporations, putting together stimulus packages, and the introduction of a minimum wage, are being adopted under pressure of necessity by the ruling elites, who are even including some of them in their own programmes.

The crisis shows how right the demands of the Left were, though it also exposes its own crisis. The Left has so far proved incapable of social leadership. Its ability to rise above social, political and cultural differences and successfully act in concert is still in its infancy. Only now does the Party of the European Left have its first joint election platform.

On the other hand, there is plenty of common ground. All left-wing parties in Europe, of which we examine only a selection in this publication, stand for social justice, democracy, and a Europe in which people can live in dignity, social security and peace. All the parties presented here are arguing against the neo-liberal policies of the ruling elites and in so doing representing the interests of most Europeans. The European Left has sufficient experience and potential to wage joint struggles, such as those against the Iraq war, the neo-liberal slant of the proposed EU constitution, and the Bolkestein Directive. But all this has never been enough to rally people around a unifying alternative project that could mount a challenge to neoliberalism.

This raises several very different questions: Where are the causes of this situation to be sought? Where is existing potential for development being blocked and by what? How must the Left change in order to build up an alternative hegemonic bloc? How can it create a society in which the freedom of the individual is the condition for the freedom of all, a society which the left-wing parties of Europe can call socialist?

In order to discuss such questions with parties, trade unions and social movements on the spot the Rosa Luxemburg Foundation – supported by its offices in Brussels, Warsaw and Moscow – works closely with its partners Transform!Europe and the parliamentary group of the Left in the European Parliament. Together with the latter a long-term project on the non-socialdemocratic Left in the European countries was launched. Within this framework the country reports collected here constitute a first snapshot, a necessary basis for the elaboration of a joint research programme.

The primary intention is to give the reader an overview of the history and current situation of left-wing parties in Europe, it being remembered that the articles express solely the views of the authors.

The Left presents a very different picture in each of the individual countries, resulting from the different traditions and political structures in the country under consideration and from differences in the sense of identity of the various organizations. Among the left-wing parties selected by way of example for the present volume are some that have evolved out of former ruling communist parties, some that have a Eurocommunist background, some that come from the non-social democratic reformist Left, some that belong to the traditionally communist Left with a feminist extension, and others. (Preface)