Brian Holmes: Hieroglyphs of the Future: Art & Politics in a Networked Era (2003) 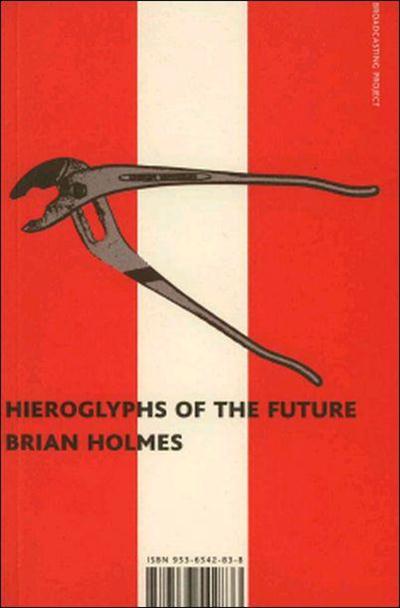 “Networks redefine urban and social borders and can be interpreted in many ways according to the chosen perspective, a limited territory or the entire globe, revealing at the same time the potential and the limits of their actions. This collection of essays, which features a solid political approach intertwined with art, pushes the limits of the critique of the mobility as defined by human beings and the reconfiguration of urban space, analyzing the powers and desired contained in it. A hyperlinking of transnational forces of opposition are invited to play a strategic game coordinating their efforts for imagining future alternative and sustainable realities, through a media struggle which uses the same propaganda tools of capitalism. The collaboration with the art collective Bureau D’Etudes and the resulting maps of power produced by them are nodal, but the core of these essays are the instruments of analysis offered, which elaborate new expressions to effectively decode our contemporary world.”