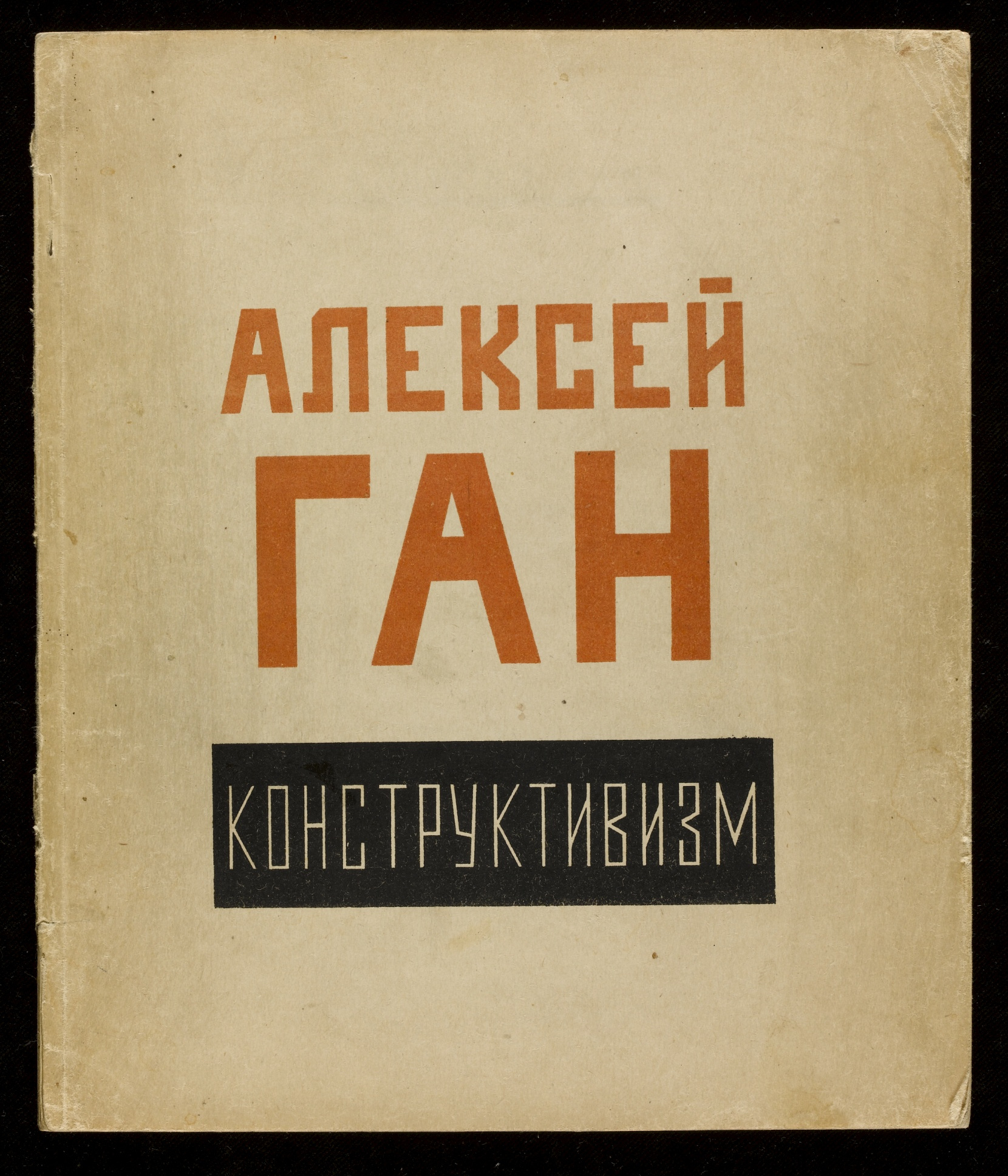 Through his co-founding with Varvara Stepanova and Alexander Rodchenko of the First Working Group of Constructivists (1921–4), and his publication of Constructivist principles in his book Konstruktivizm (1922), the Russian designer and art theorist Aleksei Gan played a leading role in the development of the Constructivist aesthetic. In his interpretation of Constructivism, which he saw as the creative counterpart to the socio-political tasks of the Revolution, Gan called for creative activity to be politicized to the maximum and for its artistic component to be minimized. His slogans included “we declare uncompromising war on art” and “death to art”, which he attempted to encapsulate in his designs for portable book kiosks, folding street stalls, exhibition posters and clothing, where the objects were reduced to the most simple and functional forms.

More about Constructivism and Aleksei Gan.