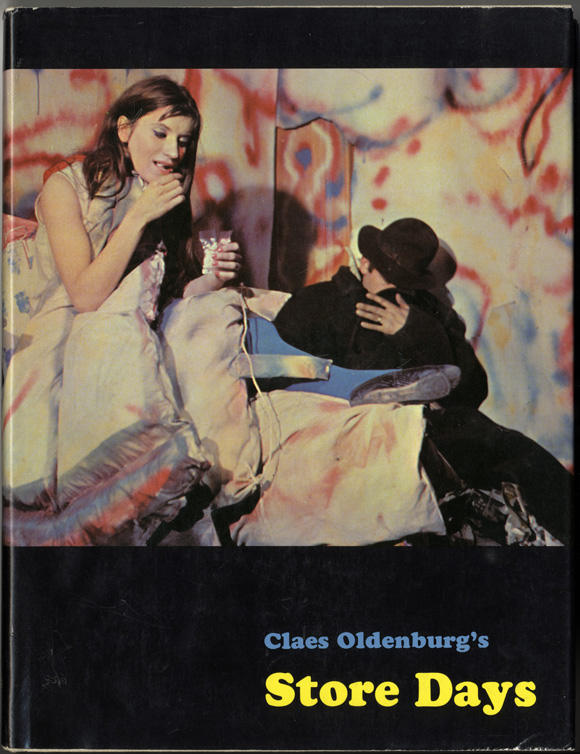 ““I’d like to get away from the notion of a work of art as something outside of experience, something that is located in museums, something that is terribly precious,” Oldenburg declared. In 1961 he presented a new body of work whose subject matter he had culled from the clothing stores, delis, and bric-a-brac shops that crowded the Lower East Side. The earliest Store sculptures, which debuted in spring 1961 at the Martha Jackson Gallery, at 32 East Sixty-Ninth Street, are wall-mounted reliefs depicting everyday items like shirts, dresses, cigarettes, sausages, and slices of pie. Oldenburg made them from armatures of chicken wire overlaid with plaster-soaked canvas, using enamel paint straight from the can to give them a bright color finish. At the gallery, the reliefs hung cheek by jowl, emulating displays in low-end markets.

In December 1961, Oldenburg opened The Store in the rented storefront at 107 East Second Street that served as his studio, which he called the Ray Gun Manufacturing Company. A fully elaborated manifestation of the project that he had begun months earlier, The Store conflated two disparate types of commerce: the sale of cheap merchandise and the sale of serious art. Oldenburg packed more than one hundred objects into the modestly sized room, setting previously exhibited reliefs alongside new, primarily freestanding sculptures. Everything was available for purchase, with prices starting at $21.79 up to $499.99. After The Store closed, on January 31, 1962, Oldenburg used the space to stage a series of performances collectively titled Ray Gun Theater.” (Source)