Diary of a Conference on Sexuality (1982) 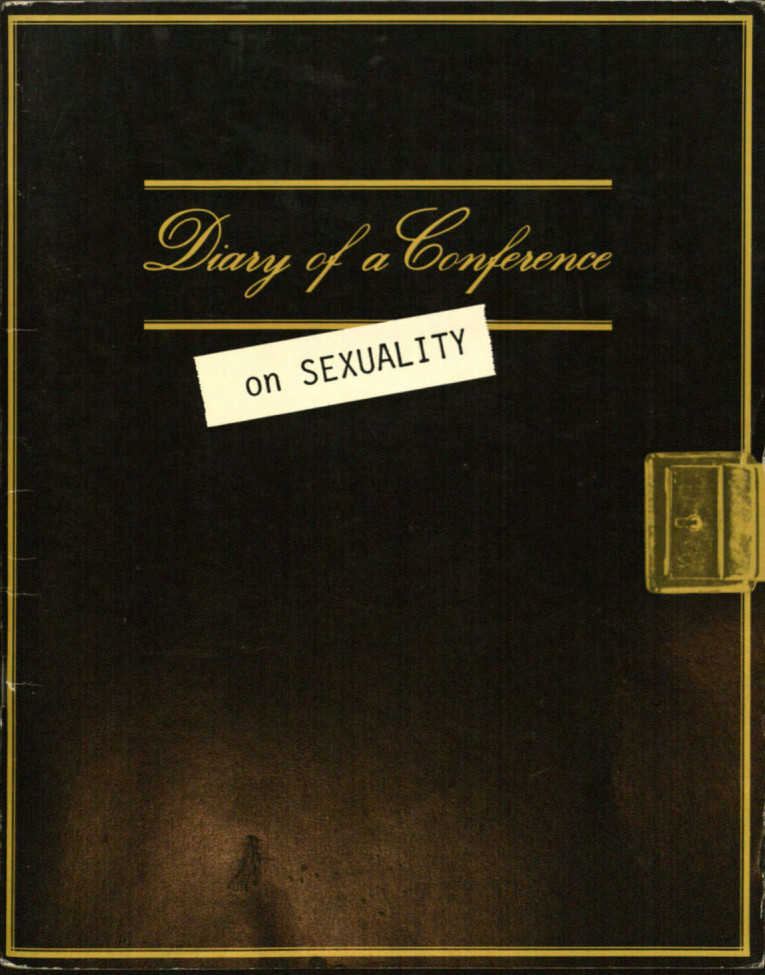 “Diary of a Conference on Sexuality is a conference program booklet designed by Hannah Alderfer, Beth Jaker, and Marybeth Nelson and published in conjunction with the ninth “Scholar and the Feminist” conference, “Towards a Politics of Sexuality,” held at Barnard College on April 24, 1982. Better known as the Barnard Sex Conference, the conference was a key event in the feminist sex wars of the 1980s. Organized by Carole Vance to explore the politics of sexuality, the conference was picketed by antipornography groups. While these protesters focused their objections on issues of pornography, S/M, and butch/femme, the conference addressed a much wider array of questions about women’s experiences of sexuality, some of which are represented here.

No ordinary conference program, the Diary included Vance’s invitation to presenters, a coauthored “Concept Paper” that described the conference’s aims and guiding questions, a list of speakers and schedule of events, as well as minutes from planning meetings, bibliographies of suggested reading, and a page devoted to each workshop. The Diary was, as Gayle Rubin later wrote, “intended to be something of an archival document.” Each speaker created a page in the Diary to represent her workshop; many of these included a “postcard” featuring some image that she found meaningful personally or in the context of the workshop. These images added to the visual impact of the program. With its striking images, its combination of politics, scholarship, and personal reflection, and its moments of insight, polemic, and humor, the Diary remains a compelling record of feminist collaboration.

In the days leading up to the conference, members of antipornography groups contacted the Barnard administration and issued a warning about what they saw as the “antifeminist” nature of the proceedings. In response, Barnard administrators confiscated 1,500 copies of the Diary two days before the conference. Despite subsequent reprinting, the Diary remains exceedingly rare.” (Heather Love, 2011)