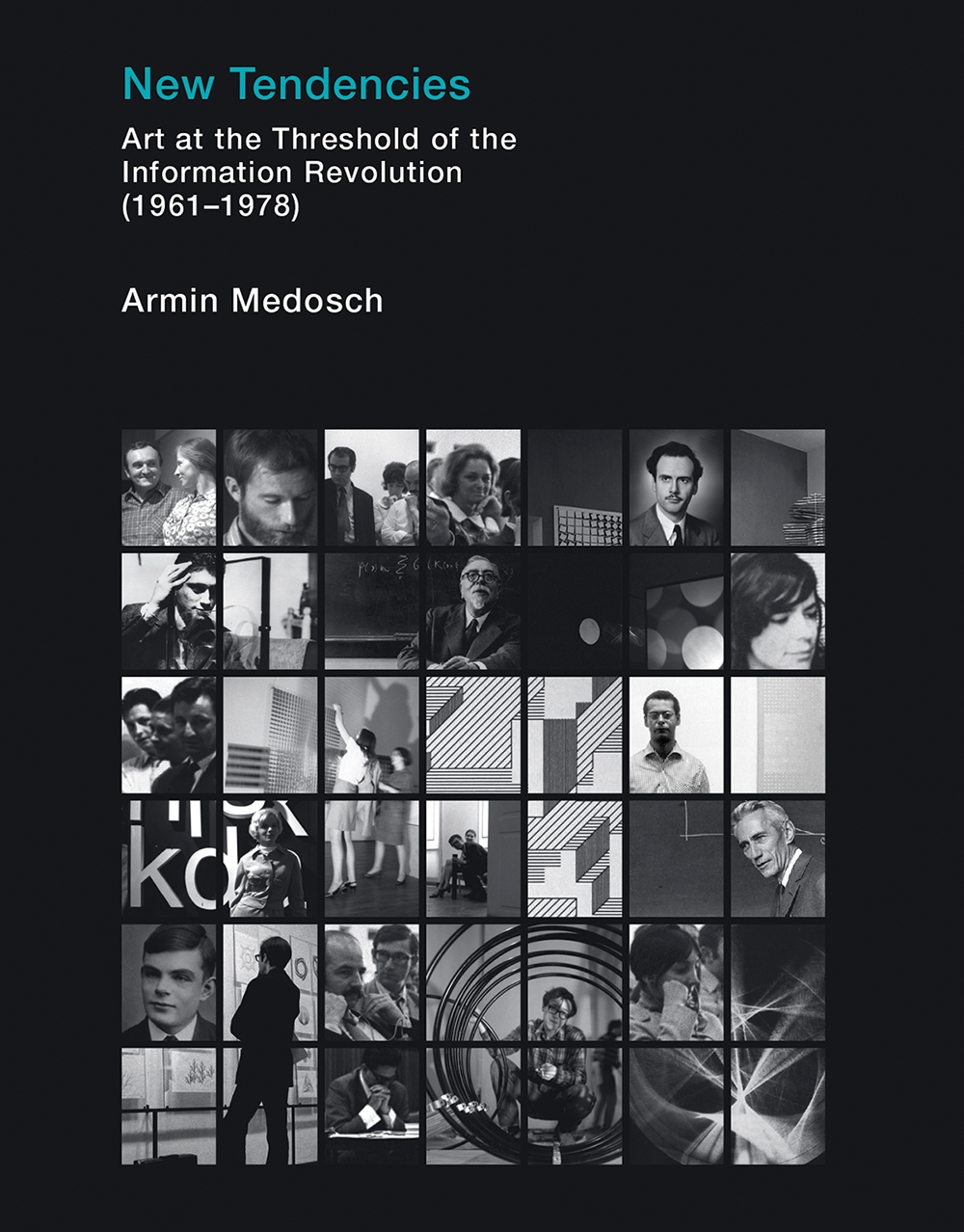 “New Tendencies, a non-aligned modernist art movement, emerged in the early 1960s in the former Yugoslavia, a non-aligned country. It represented a new sensibility, rejecting both Abstract Expressionism and socialist realism in an attempt to formulate an art adequate to the age of advanced mass production. In this book, Armin Medosch examines the development of New Tendencies as a major international art movement in the context of social, political, and technological history. Doing so, he traces concurrent paradigm shifts: the change from Fordism (the political economy of mass production and consumption) to the information society, and the change from postwar modernism to dematerialized postmodern art practices.

Medosch explains that New Tendencies, rather than opposing the forces of technology as most artists and intellectuals of the time did, imagined the rapid advance of technology to be a springboard into a future beyond alienation and oppression. Works by New Tendencies cast the viewer as coproducer, abolishing the idea of artist as creative genius and replacing it with the notion of the visual researcher. In 1968 and 1969, the group actively turned to the computer as a medium of visual research, anticipating new media and digital art.

Medosch discusses modernization in then-Yugoslavia and other nations on the periphery; looks in detail at New Tendencies’ five major exhibitions in Zagreb (the capital of Croatia); and considers such topics as the group’s relation to science, the changing relationship of manual and intellectual labor, New Tendencies in the international art market, their engagement with computer art, and the group’s eventual eclipse by other “new art practices” including conceptualism, land art, and arte povera. Numerous illustrations document New Tendencies’ works and exhibitions.”

Based on 2012 dissertation from Goldsmiths, University of London.