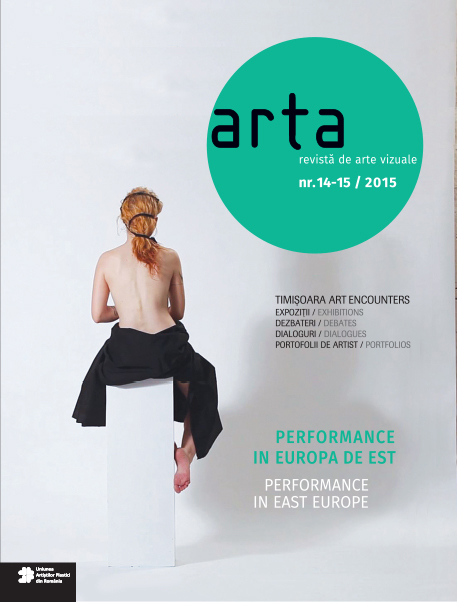 Special dossier of the magazine.

“Under such names as happening, processual or performative art, situationist or contextual art, actionism or corporal / body art, performance art has remained since the 1960s maybe the most direct, incisive, and cutting-edge form of artistic expression of the last decades. Positioned at the cross-point between the visual, the discursive, and the theatrical, involving the artist with his/her entire physical, psychological, and spiritual being, in front of the public or together with it, performance art has not yet run out of resources in the context of the last years, when other forms of visual intervention have become more fashionable. Since the 1960s, performance art has represented a form of protest of the artists against the aesthetic establishment, accelerated muzeification, and the consumerism of the art market. The dossier coordinated by Ileana Pintilie demonstrates all these assertions, but also underlines the emancipating dimension performance art has had in the former communist countries of Eastern Europe – the fascination and fear which totalitarian regimes developed in front of this provocative form of social and artistic non-conformism.”