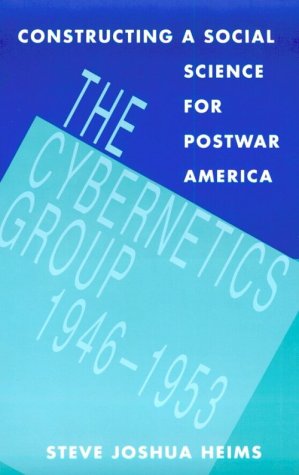 One Response to “Steve Joshua Heims: The Cybernetics Group (1991)”