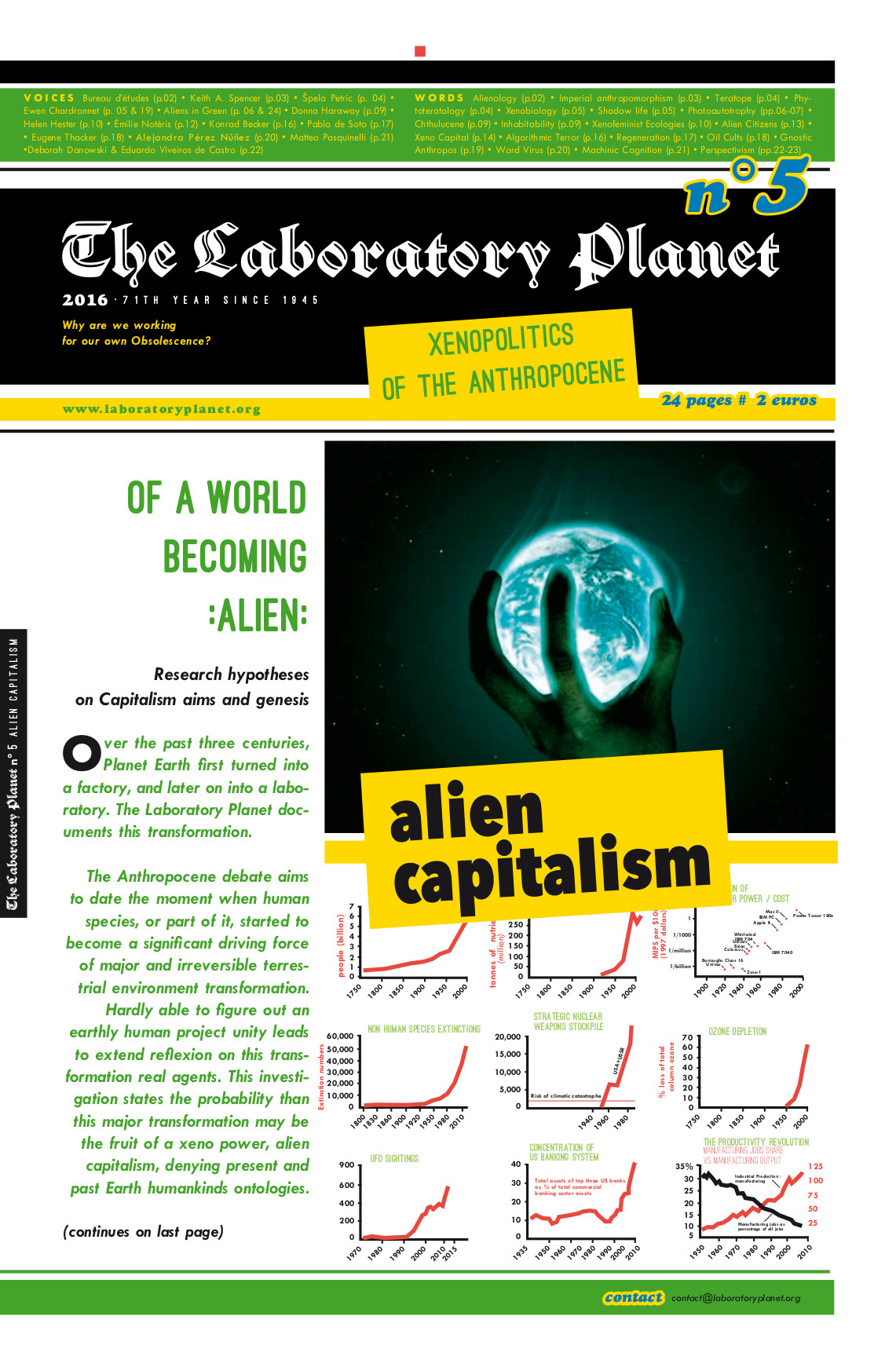 “Since World War, the planet is gradually transformed into a scale 1 laboratory. The old model of “world factory” has given way to the model of the “world laboratory”. Objects of this laboratory, can we also be the subjects? Can we reclaim this huge machine that became autonomous and is now developing according to its own dynamic? Can we redirect the fate and direction of this laboratory?”