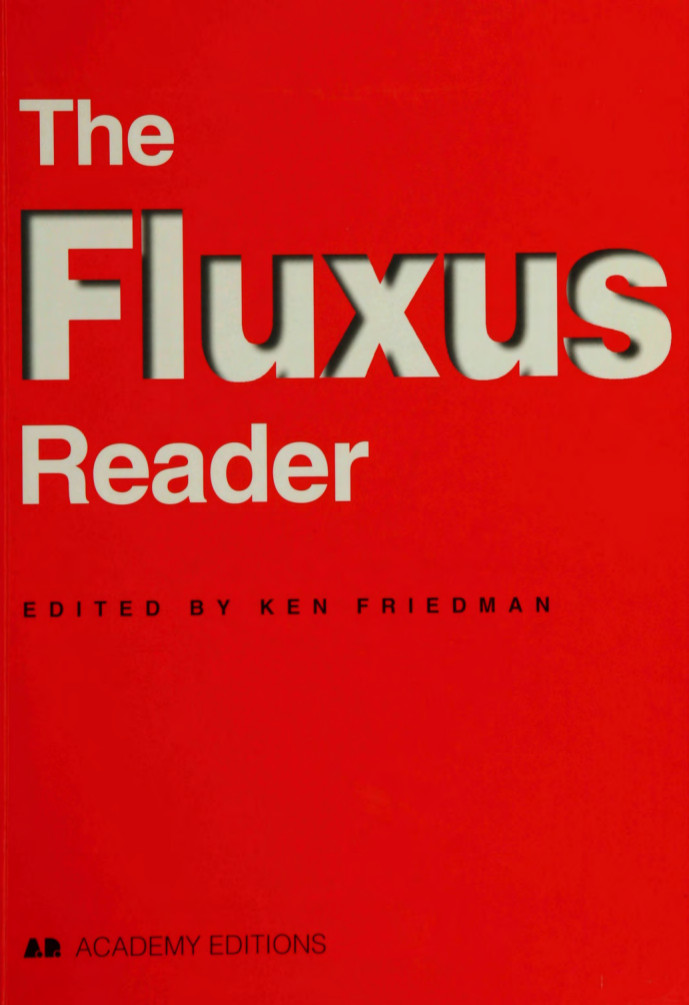 “Fluxus began in the 1950s as a loose, international community of artists, architects, composers and designers. By the 1960s, Fluxus has become a laboratory of ideas and an arena for artistic experimentation in Europe, Asia and the United States. Described as ‘the most radical and experimental art movement of the 1960s’, Fluxus challenged conventional thinking on art and culture for over four decades. It had a central role in the birth of such key contemporary art forms as concept art, installation, performance art, intermedia and video. Despite this influence, the scope and scale of this unique phenomenon have made it difficult to explain Fluxus in normative historical and critical terms. The Fluxus Reader offers the first comprehensive overview on this challenging and controversial group. It is written by leading scholars and experts from Europe and the United States.”