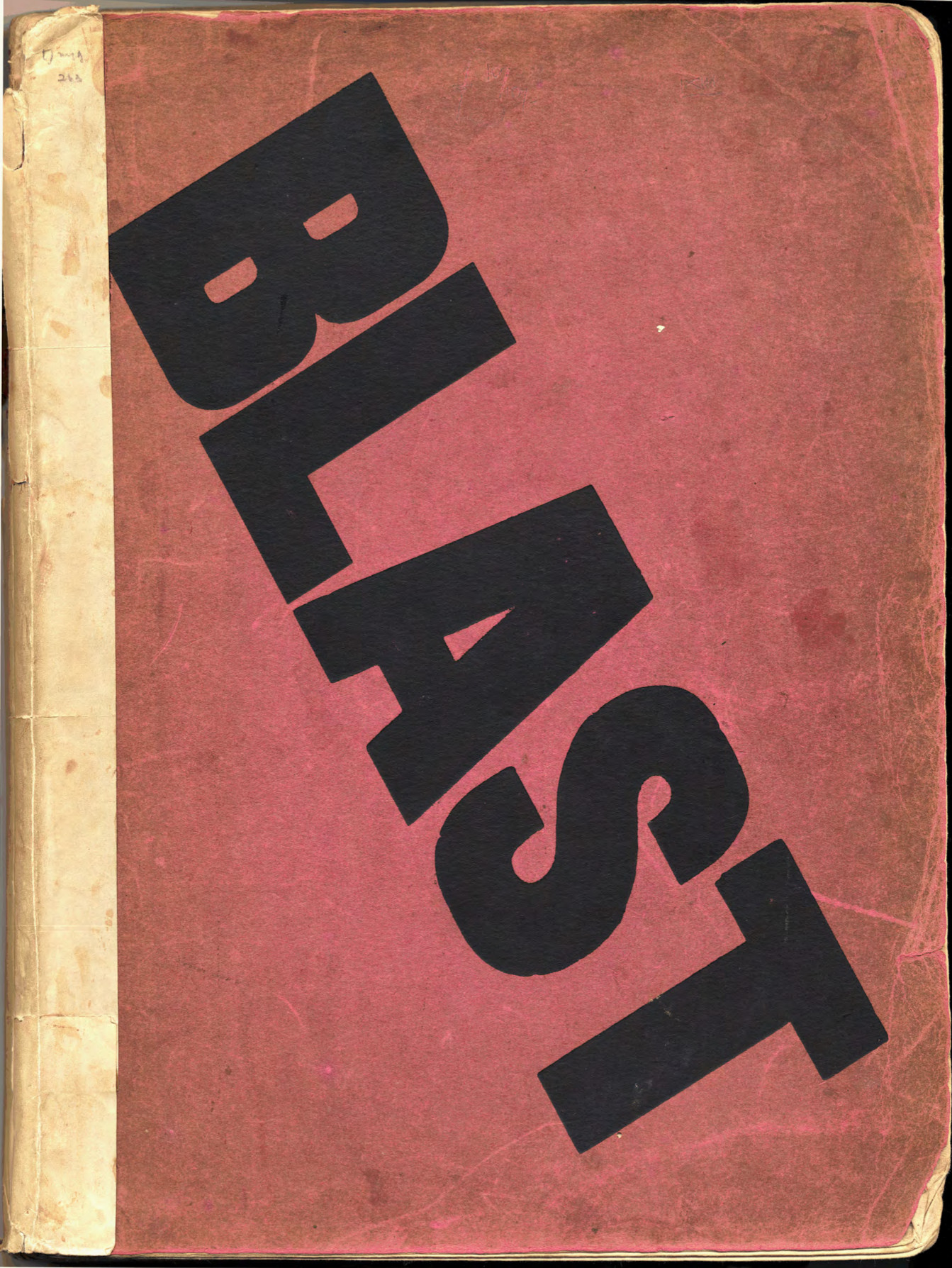 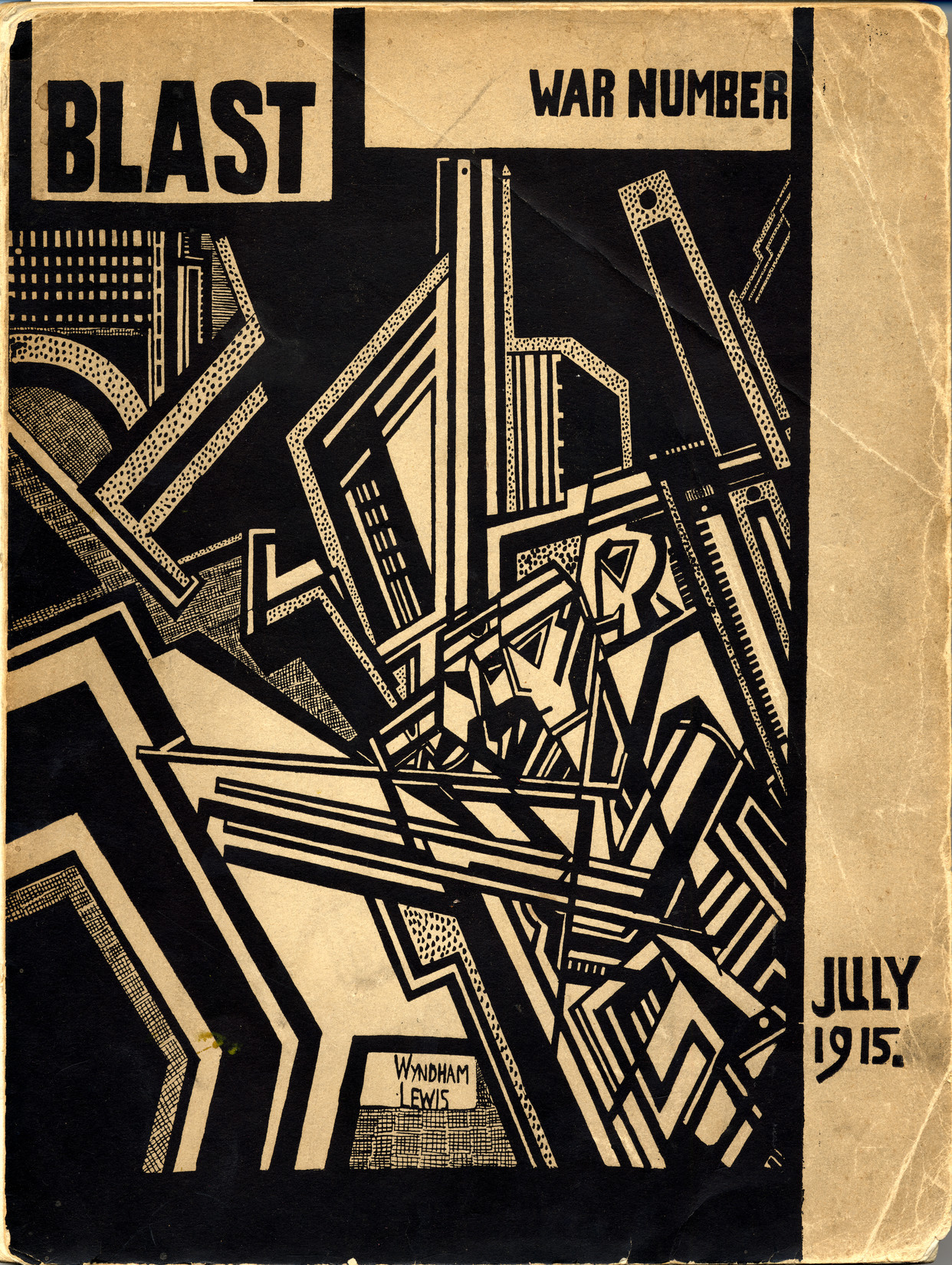 “Blast was a modernist magazine founded by Wyndham Lewis with the assistance of Ezra Pound. It ran for just two issues, published in 1914 and 1915. The First World War killed it—along with some of its key contributors. Blast’s purpose was to promote a new movement in literature and visual art, christened “Vorticism” by Pound and Lewis. Unlike its immediate predecessors and rivals, Vorticism was English, rather than French or Italian, but its dogmas emerged from Imagism in literature and Cubism plus Futurism in the visual arts. The first issue of Blast includes artwork by Lewis, Gaudier-Brzeska, and others, along with a manifesto for Vorticism and lists of blasts, blesses, and curses of a whole range of people, concepts, and movements. It also includes a play by Lewis and fiction by Ford Madox Hueffer and Rebecca West. The second issue includes a notice of Gaudier-Brzeska’s death in France. Despite its short life, Blast was a powerful influence in the shaping and promoting of modernism.” (Source)