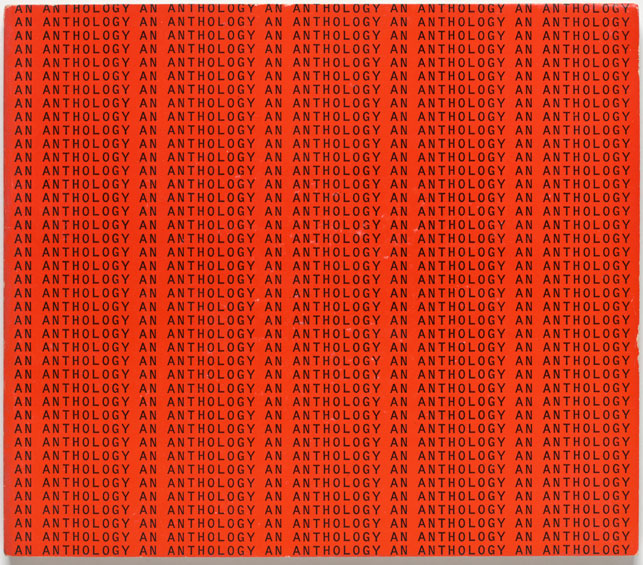 When the poet Chester Anderson, publisher of Beatitude, exited New York for California in 1959, he asked La Monte Young to edit Beatitude East, composed from the performance scores Young had collected in Berkeley and New York. In this he was aided by Jackson Mac Low, who had attended Cage’s composition course at the New School for Social Research and worked at the Living Theater with Julian Beck and Judith Malina.

Mac Low and Young provided Maciunas with connections to “beat” ideology, encouraging him not only to present radical programming at AG Gallery, but to design An Anthology, and to organize the initial 1962 Fluxus Festival in Wiesbaden, Germany. All of this was contemporaneous.

Maciunas supplied the paper, design and some money for the publishing of An Anthology, according to Henry Flynt, and had it ready for printing by October 1961. It was finally published by Young and Mac Low in 1963 as:

The first edition (it was reprinted in 1972 by Hundermark, Germany) contains 67 leaves and three inserts. It includes multicolored and onionskin paper, card stock and two envelopes. The text was printed in offset with a heavy paper cover, collated manually with a staple and perfect binding.