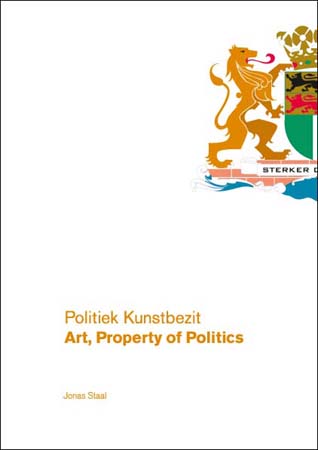 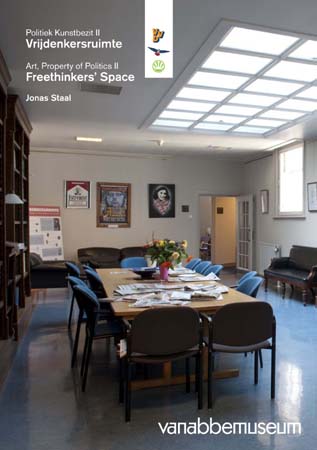 “In 2010, Dutch artist Jonas Staal realized the exhibitions Art, Property of Politics and Art, Property of Politics II: Freethinkers’ Space in which he researched the art collections of Dutch political parties. The first part took place in exhibition space TENT in Rotterdam, during the municipal elections of 2010, in which he showed the artworks of all parties involved in the elections. In a documentary produced by filmmaker Rob Schröder he challenged politicians to introduce their political vision based on their own art collections. The second part took place in the Van Abbemuseum in Eindhoven, the Netherlands and existed of artworks that were selected by the liberal People’s Party for Freedom and Democracy (VVD) and the Party for Freedom (PVV) in their so-called ‘Freethinkers’ Space’: and exhibition space that the parties opened in Dutch parliament to give a platform for artists that had dealt with religious (Islamic) censorship. The project focused on the way in which artworks were used as instruments for representing a political idea of democratic freedom.” (from Wikipedia)