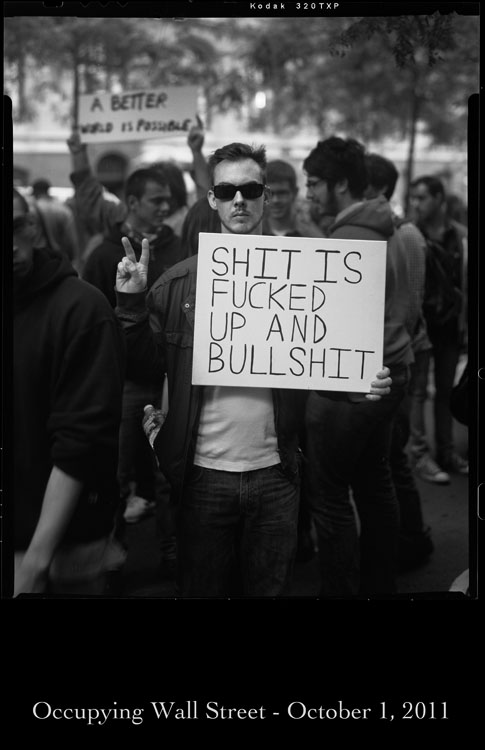 “As we go to press, the Occupy Wall Street movement is in its third month. Inspired in part by the Arab Spring and the acampadas in Madrid and Barcelona, the occupation movement has reinvigorated left politics in the US and spread to more than a thousand cities worldwide. In the place of hopelessness and stagnation, there is an open sense of possibility. Now, as a vivid and undeniable feature of our political setting, outrage over inequality, unemployment, debt, and the political power of money and corporations has a form for its expression. Occupation is that form.

Several weeks ago, we invited political and media theorists to reflect on the event of Occupy Wall Street. Given our intermediated setting as well as the open, horizontal, and practically viral nature of the movement, these reflections aren’t outside the event. Rather, they are part of it, pushing its momentum and understanding in some directions rather than others. Some of the contributions began their lives as blog posts. Some are interventions aiming to influence and advise. Some draw out the global dimensions of the movement. Some attend to the affective and sensory modes of being occupation enables. One was initially delivered as a speech in Zuccotti Park. Together the pieces collected for this supplement to 14.4 produce a theorization of a movement that is just beginning and that in this movement of beginning insists on, claims, and asserts, perhaps more than anything else, the freedom to configure its own space of action.” (from Introduction)