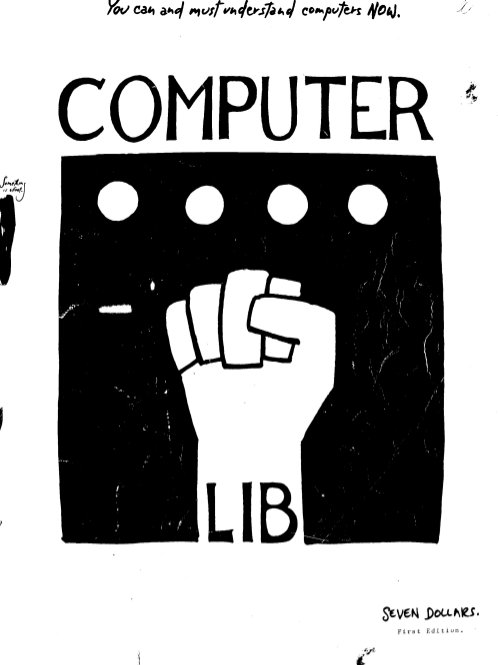 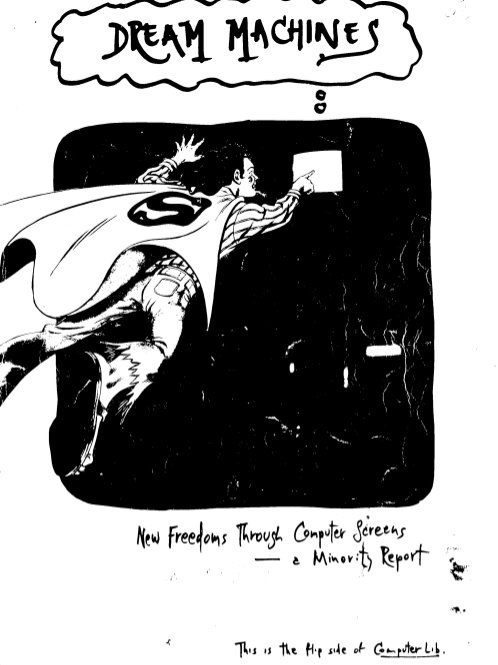 “Computer Lib is a book by Ted Nelson, originally published in 1974 by Nelson himself, and packaged with Dream Machines, another book by Nelson. The whole publication (referred to as just “Computer Lib” by Nelson and others) had two front covers to indicate the “intertwingling” of the two books, and was republished with a foreword by Stewart Brand in 1987 by a division of Microsoft Press. The book, which is subtitled “You can and must understand computers NOW,” and which Nelson says in the 1987 edition was inspired by Brand’s Whole Earth Catalog, is a spirited manifesto that was inspiring to a generation of DIY computer-lovers. In his book Tools for Thought, Howard Rheingold calls Computer Lib “the best-selling underground manifesto of the microcomputer revolution.”

In Computer Lib, Nelson writes passionately about the need for people to understand computers deeply, more deeply than was generally promoted as “computer literacy,” which he considers a superficial kind of familiarity with particular hardware and software. His rallying cry “Down with Cybercrud” is against the centralization of computers such as that performed by IBM at the time, as well as against what he sees as the intentional untruths that “computer people” tell to non-computer people to keep them from understanding computers.

In Dream Machines, Nelson covers the flexible media potential of the computer, which was shockingly new at the time.” (from Wikipedia)