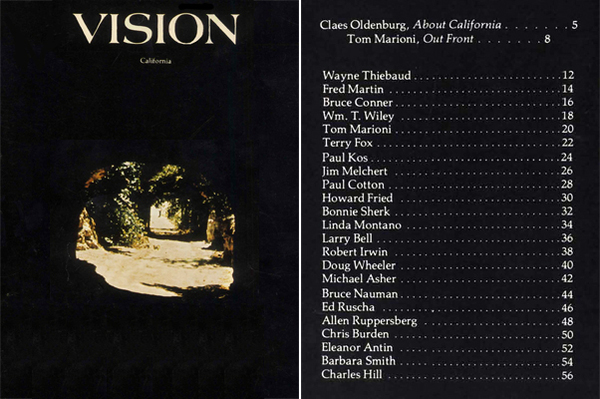 The first issue of the magazine published between 1975 and 1981 in Oakland, California.

“Museums and magazines, […] because they do not talk to artists, sometimes get hold of an art idea previously unknown to them and mishandle it. This is happening now with performance or action art. Galleries and art magazines cause confusion by mixing it up with dance, theater, music and other forms outside the visual arts.”—Tom Marioni, 1975. Published in the introduction to the first issue of his magazine Vision, an “artist-oriented publication, presenting works and material only from artists.”