From Site to Vision: The Woman’s Building in Contemporary Culture (2011) 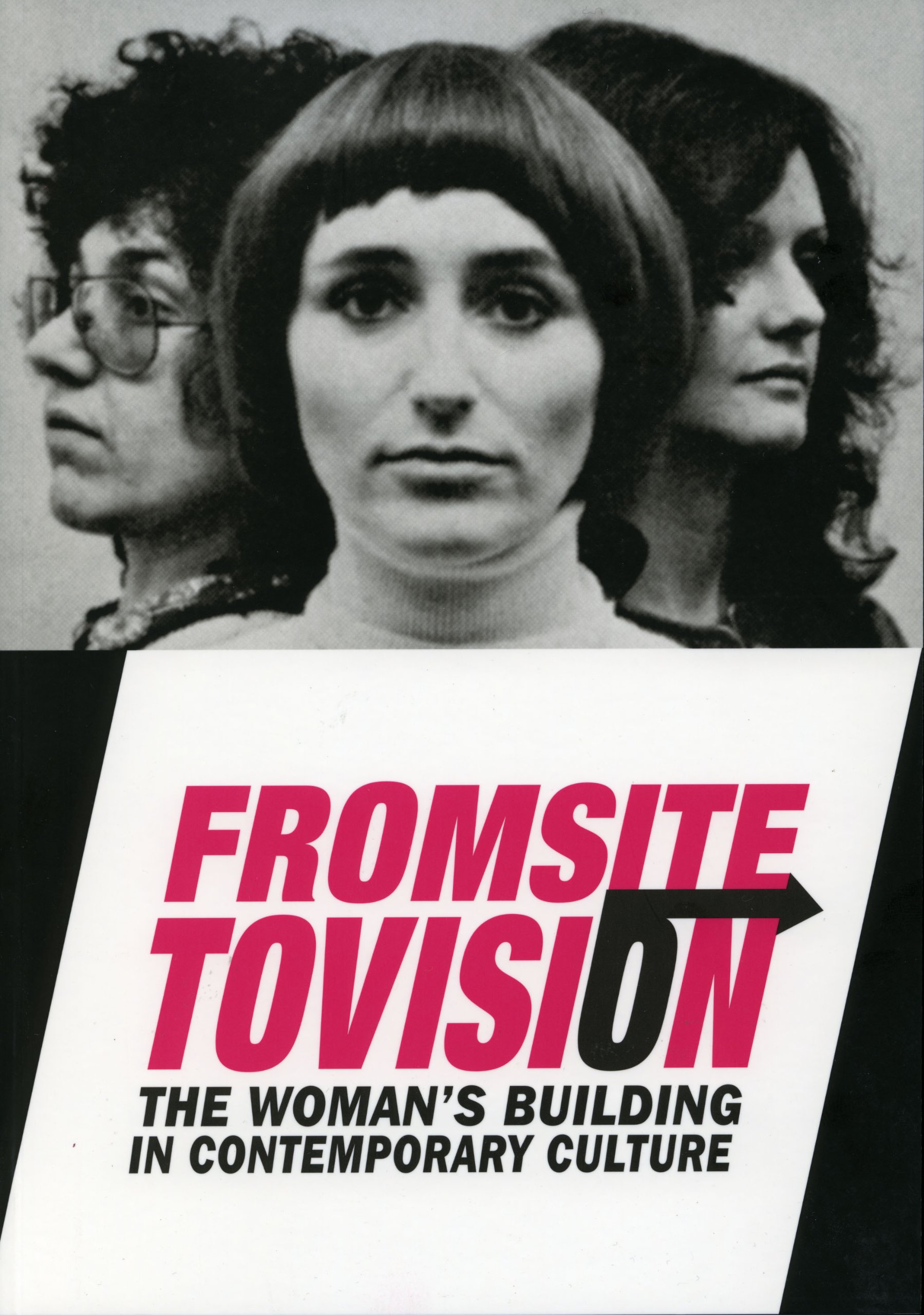 A book about the history and legacy of the Woman’s Building in Los Angeles, the feminist art center founded by Judy Chicago, Sheila de Bretteville, and Arlene Raven. 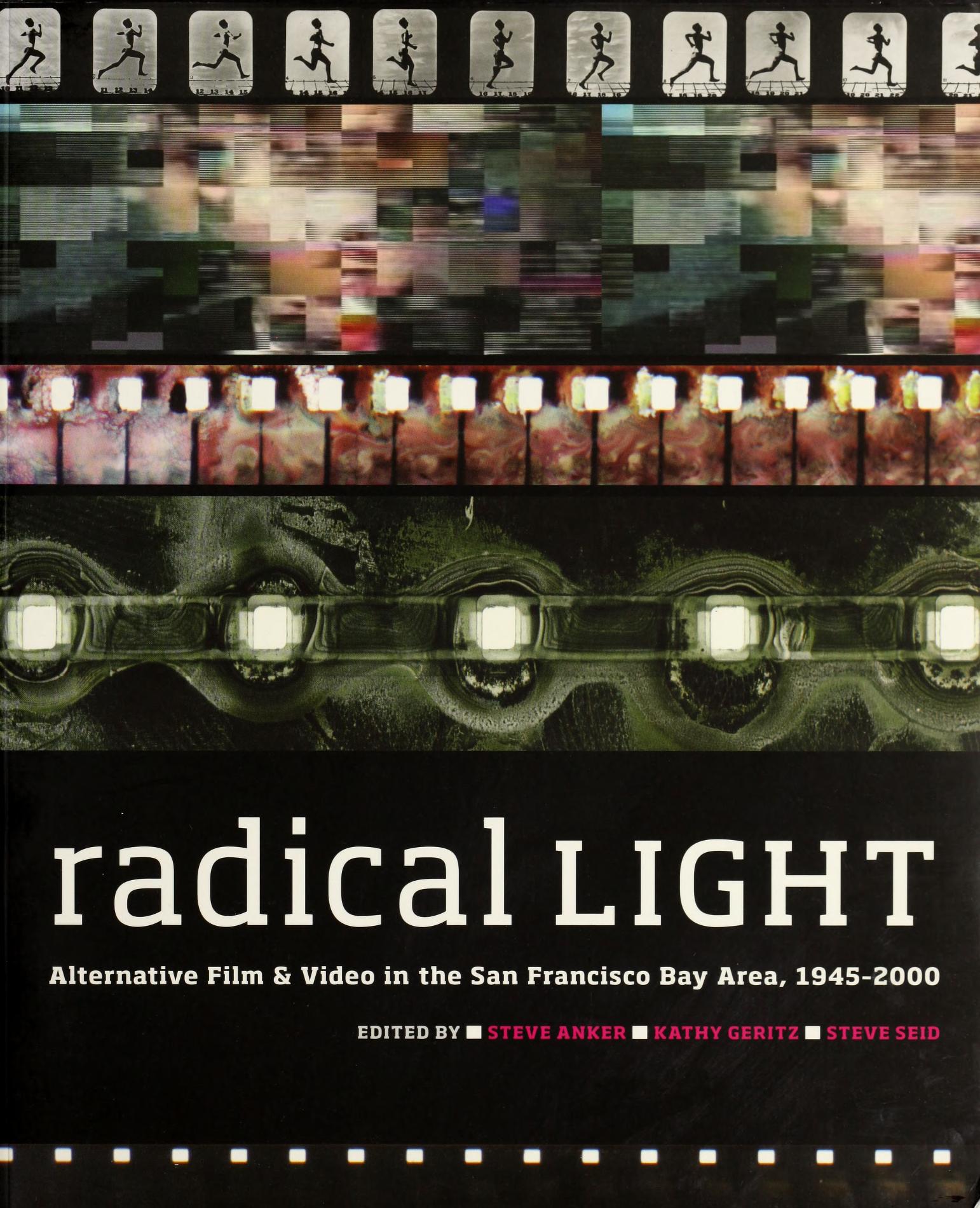 “This kaleidoscopic collection of essays, interviews, photographs, and artist-designed pages chronicles the vibrant and influential history of experimental cinema in the San Francisco Bay Area. Encompassing historical, cultural, and aesthetic realms, Radical Light features critical analyses of films and videos, reminiscences from artists, and interviews with pioneering filmmakers, curators, and archivists. It explores artistic movements, film and video exhibition and distribution, artists’ groups, and Bay Area film schools. Special sections of ephemera—posters, correspondence, photographs, newsletters, program notes, and more—punctuate the pages of Radical Light, giving a first-hand visual sense of the period. This groundbreaking, hybrid assemblage reveals a complex picture of how and why the San Francisco Bay Region, a laboratory for artistic and technical innovation for more than half a century, has become a global center of vanguard film, video, and new media.

Among the contributors are Rebecca Solnit and Ernie Gehr on Bay Area cinema’s roots in the work of Eadweard Muybridge and others; Scott MacDonald on Art in Cinema; P. Adams Sitney on films by James Broughton and Sidney Peterson; Stan Brakhage, Bruce Conner, Lawrence Jordan, and Yvonne Rainer on the Bay Area film scene in the 1950s; J. Hobeman on films by Christopher Maclaine, Bruce Conner, and Robert Nelson; Craig Baldwin on found footage film; George Kuchar on student-produced melodramas; Michael Wallin on queer film in the 1970s; V. Vale on punk cinema; Dale Hoyt and Cecilia Dougherty on video in the 1980s and 1990s; and Maggie Morse on new media as sculpture.” “In this series of intricately related texts, internationally known poet, critic, and performance artist David Antin explores the experience of time—how it’s felt, remembered, and recounted. These free-form talk pieces—sometimes called talk poems or simply talks—began as improvisations at museums, universities, and poetry centers where Antin was invited to come and think out loud. Serious and playful, they move rapidly from keen analysis to powerful storytelling to passages of pure comedy, as they range kaleidoscopically across Antin’s experiences: in the New York City of his childhood and youth, the Eastern Europe of family and friends, and the New York and Southern California of his art and literary career. The author’s analysis and abrasive comedy have been described as a mix of Lenny Bruce and Ludwig Wittgenstein, his commitment to verbal invention and narrative as a fusion of Mark Twain and Gertrude Stein. Taken together, these pieces provide a rich oral history of and critical context for the evolution of the California art scene from the 1960s onward.”

Antin on UbuWeb (includes PDF edition of Autobiography and full text of In Place of a Lecture: Three Musics for Two Voices from Talking)